All aboard with AK Wildlife 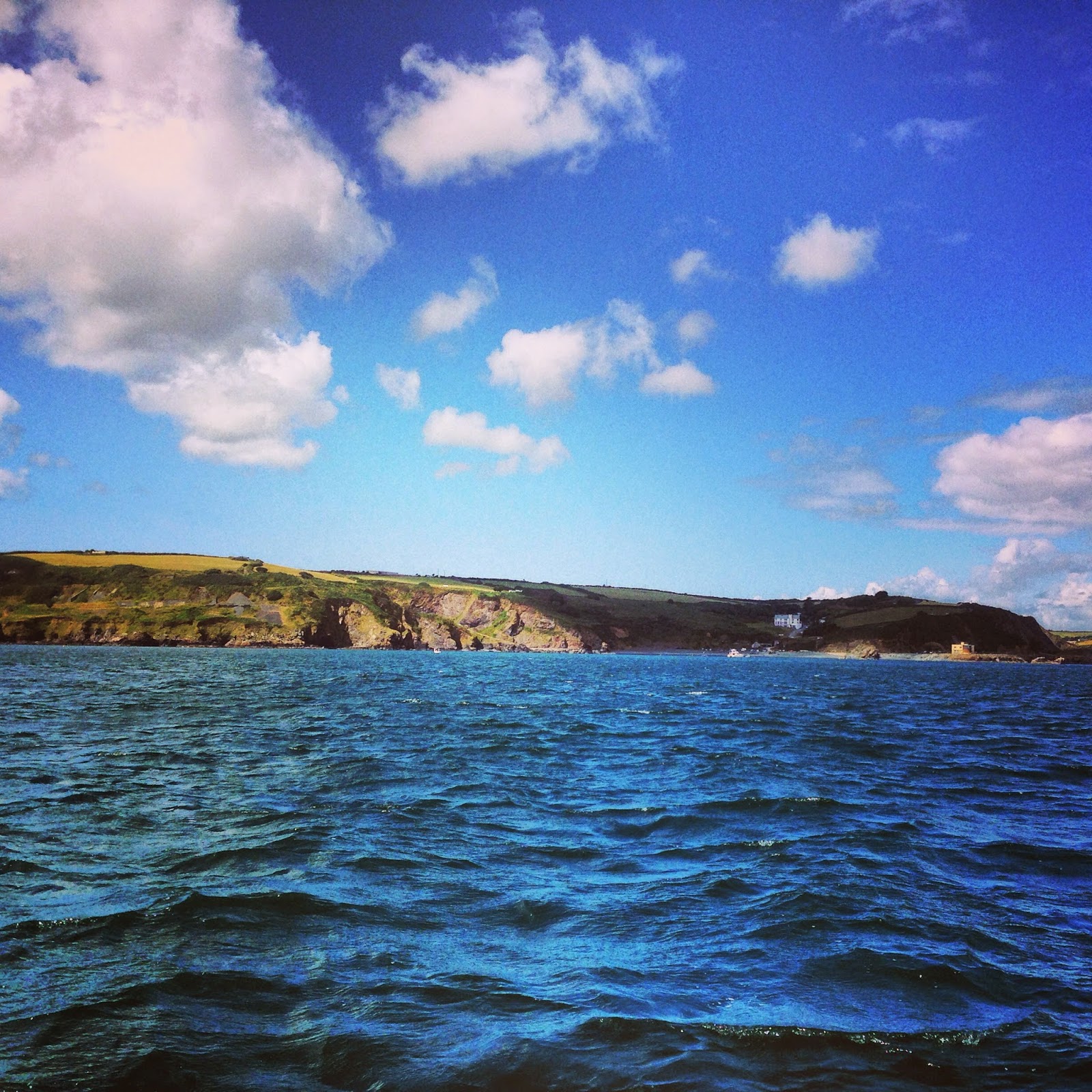 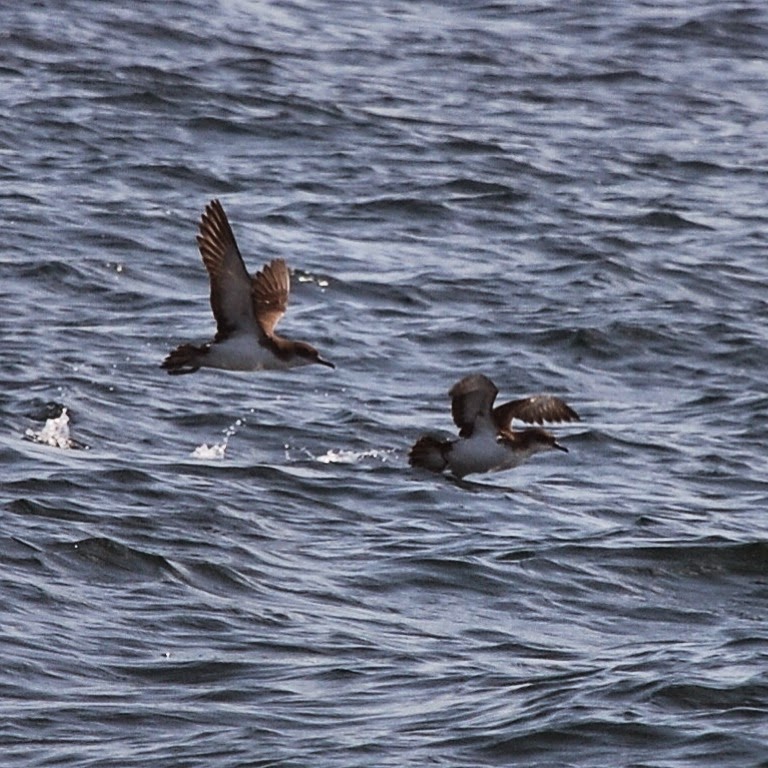 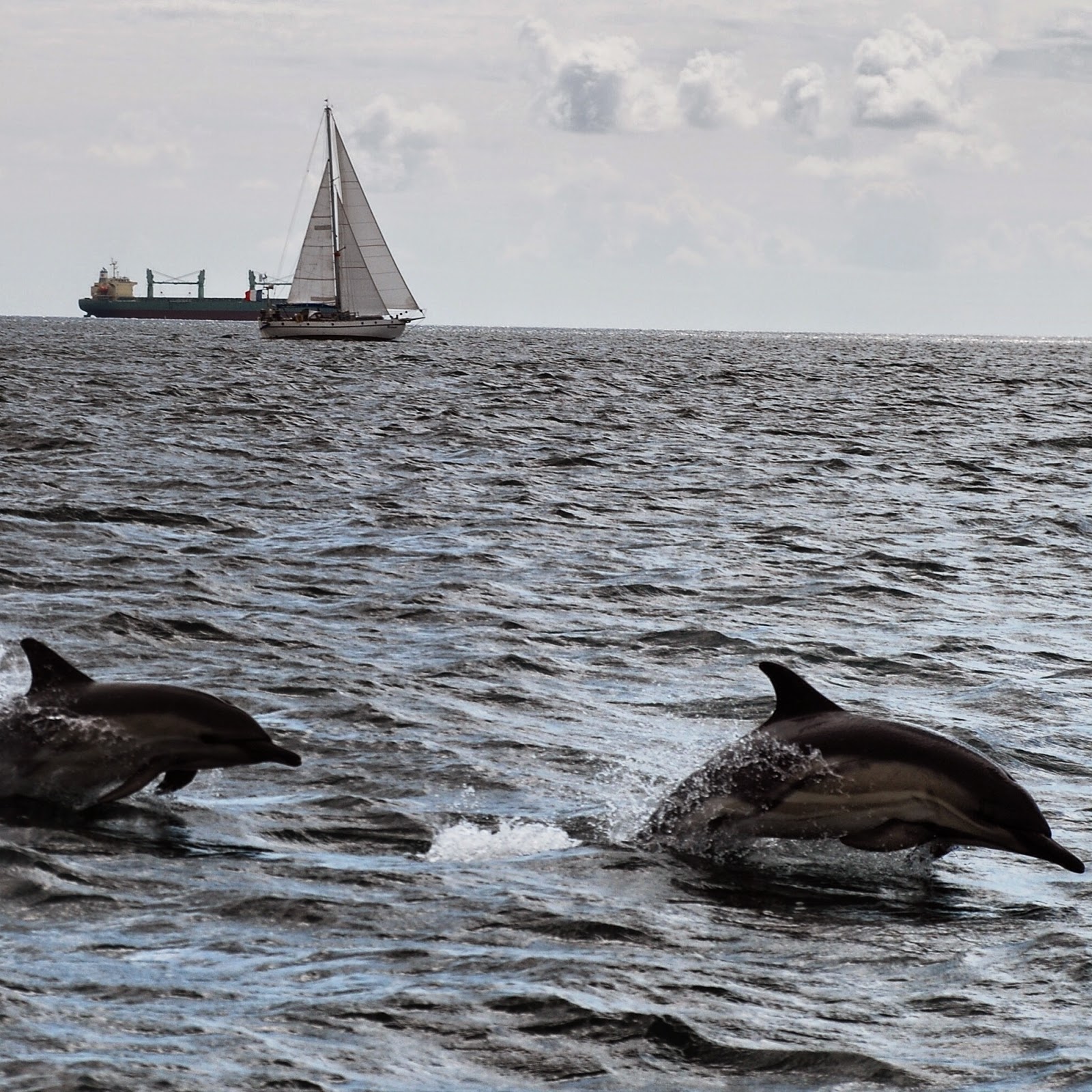 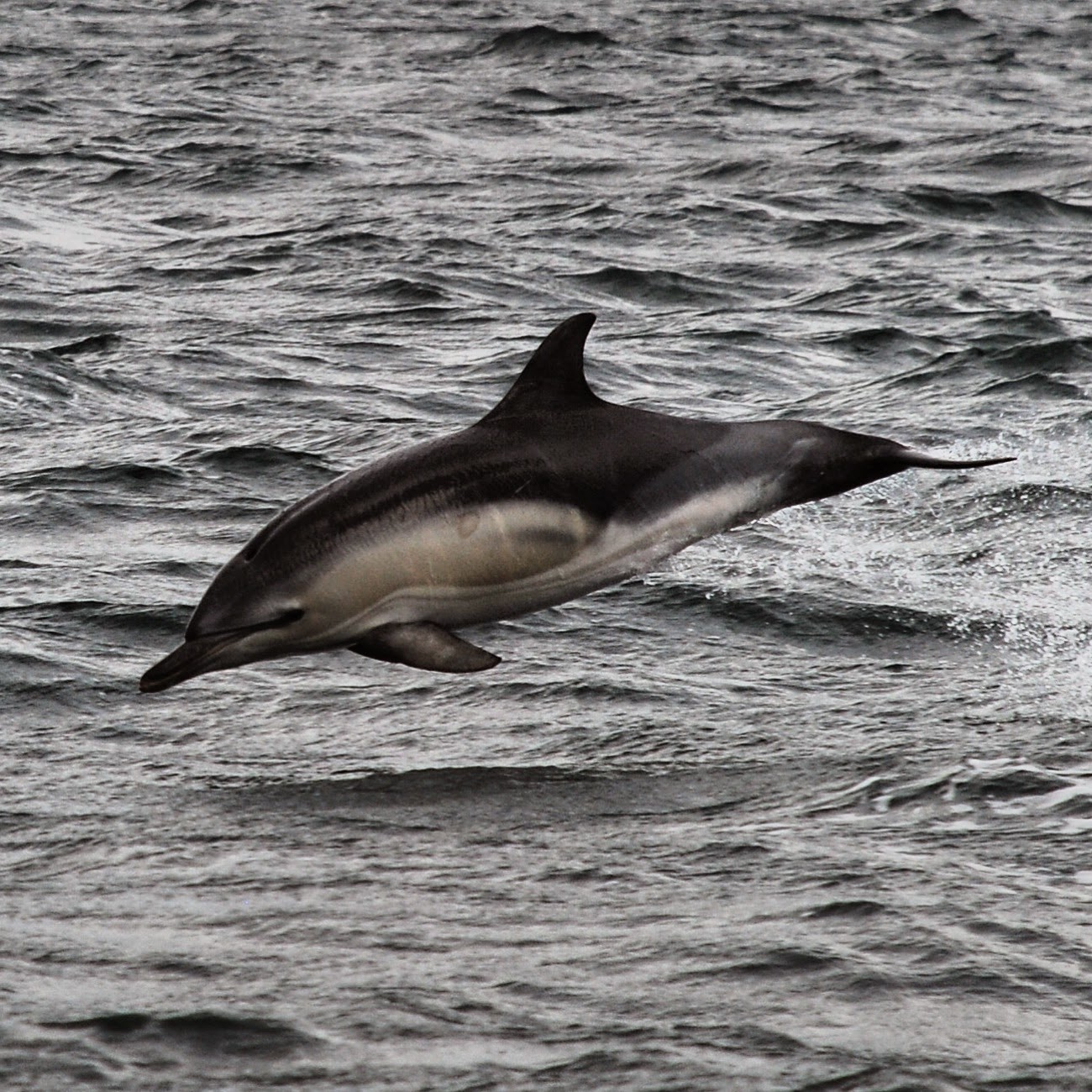 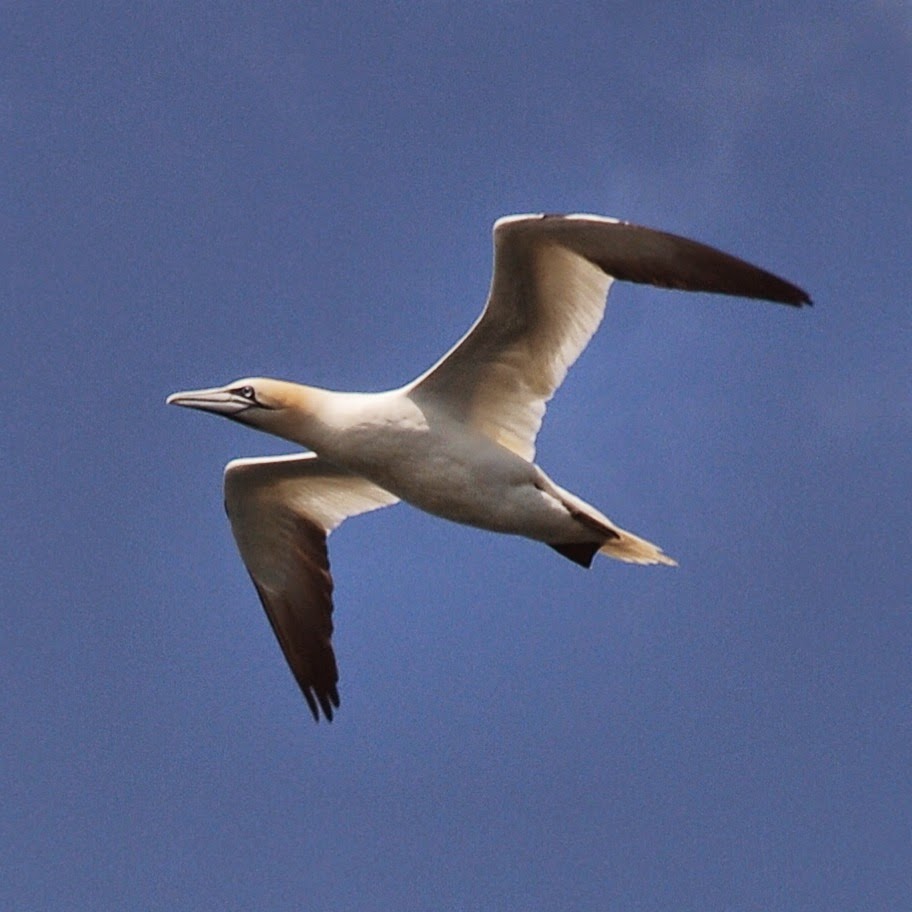 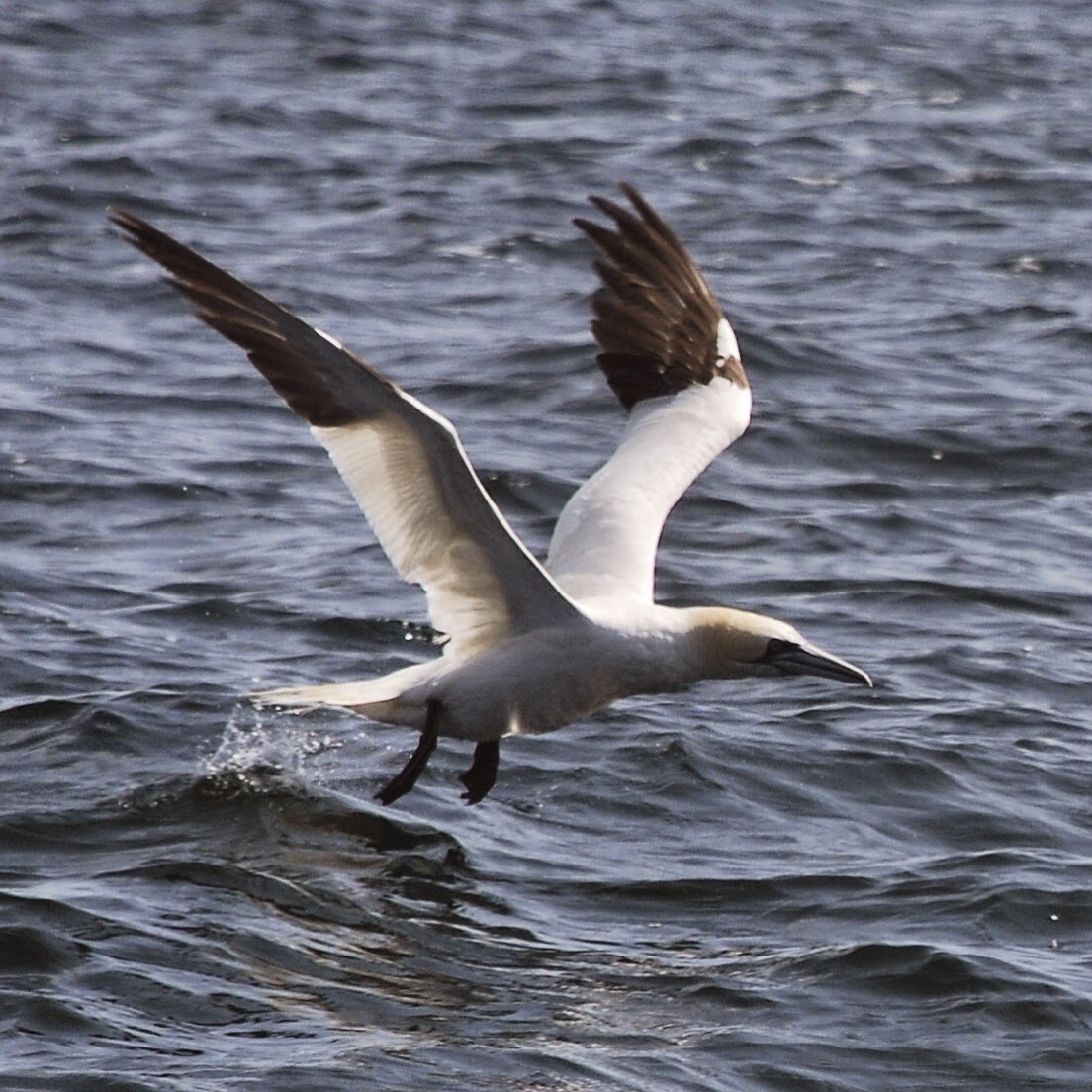 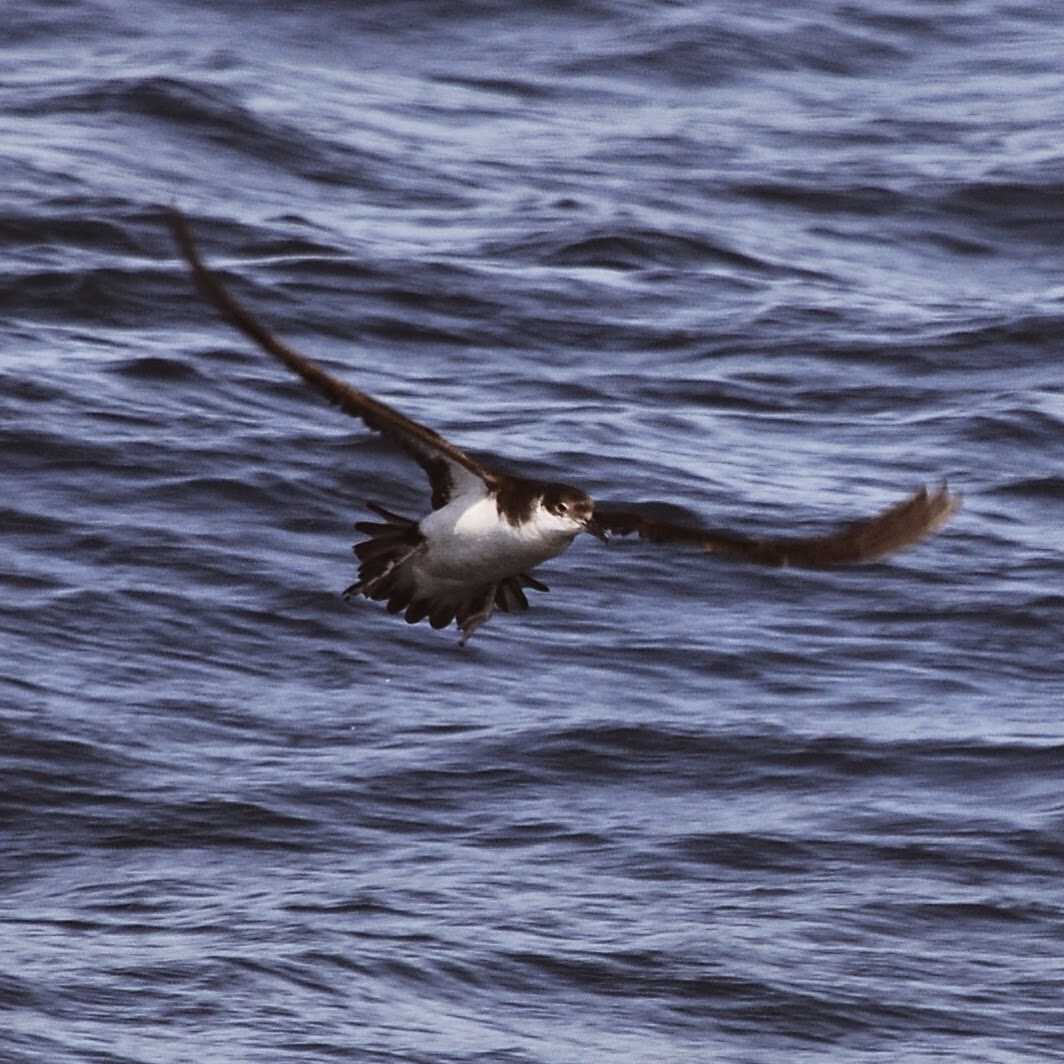 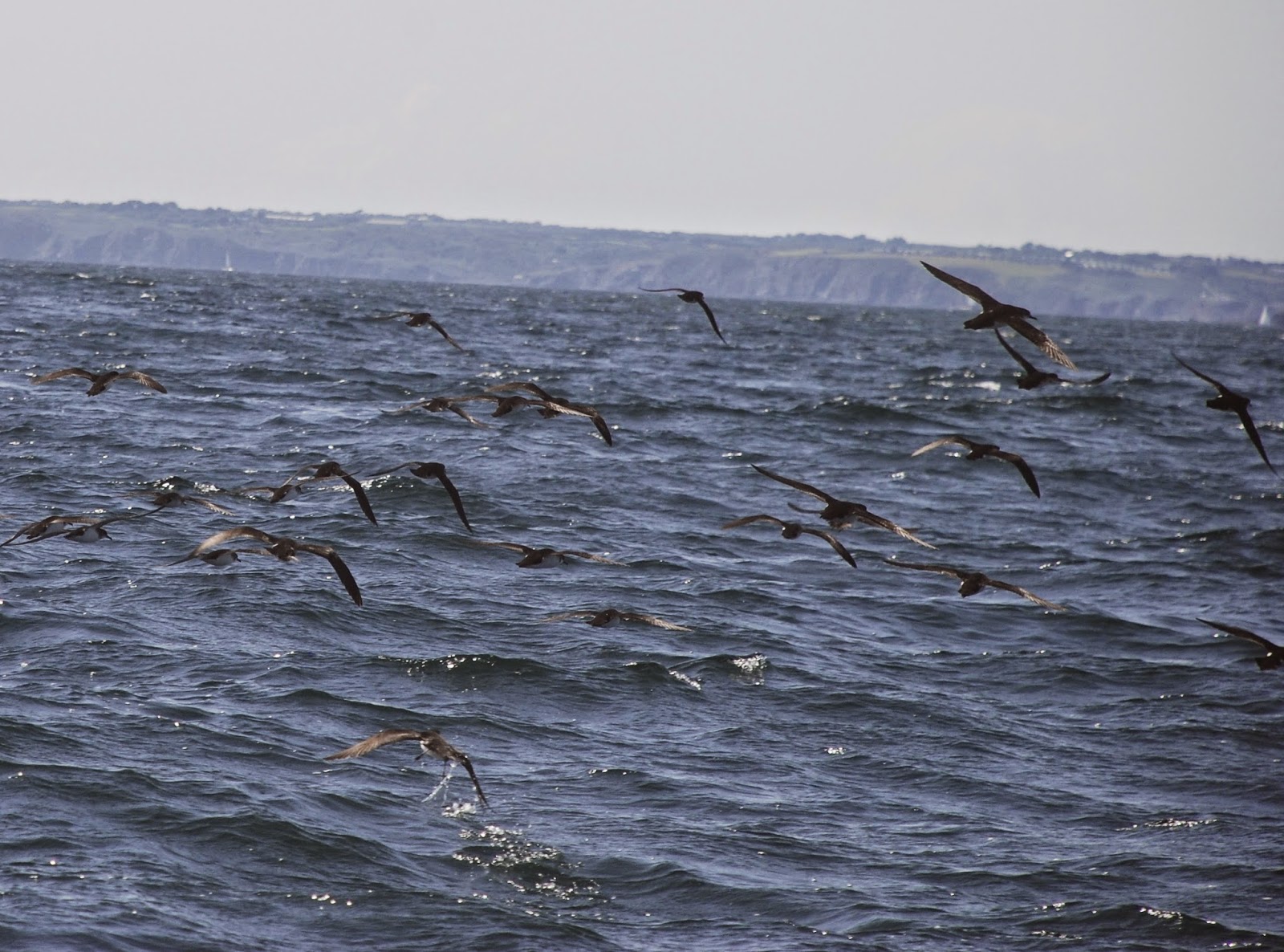 It was another early start from my Devon stopover down to Falmouth in Cornwall. Falmouth has the third deepest natural harbour in the world and is famed as the start and end point for the round the world cruises for stars such as Dame Ellen MacArthur. I met up for my day on the boat with the three crew who were all keen wildlife enthusiasts and were very eager to show us some of local wildlife in the harbour.

Once out of the harbour the Captain picked up a pod of Common Dolphins which we followed closely. You were able to stand right up on the bow of the boat and see the Dolphins diving all around us.

The second pod was larger in size but contained many calves only days old which made amazing viewing.

It had been fairly quiet birding wise up to this time other than a constant flow of Gannets in various plumage. This was until we started to find the Manx Shearwaters who were great to observe so closely. Suddenly the first of five Sooty Shearwater, another lifer for me. This was one of my target birds of the year so I was very pleased.

The journey covered a beautiful part of the Cornwall coast down to the Lizard but there wasn't much variation in the birds in all honesty. I was really hoping for a Storm Petrel but sadly no luck on this occasion. Overall it was a good experience and I wasn't sea sick !
Posted by Neil Duggan at 13:15 No comments: 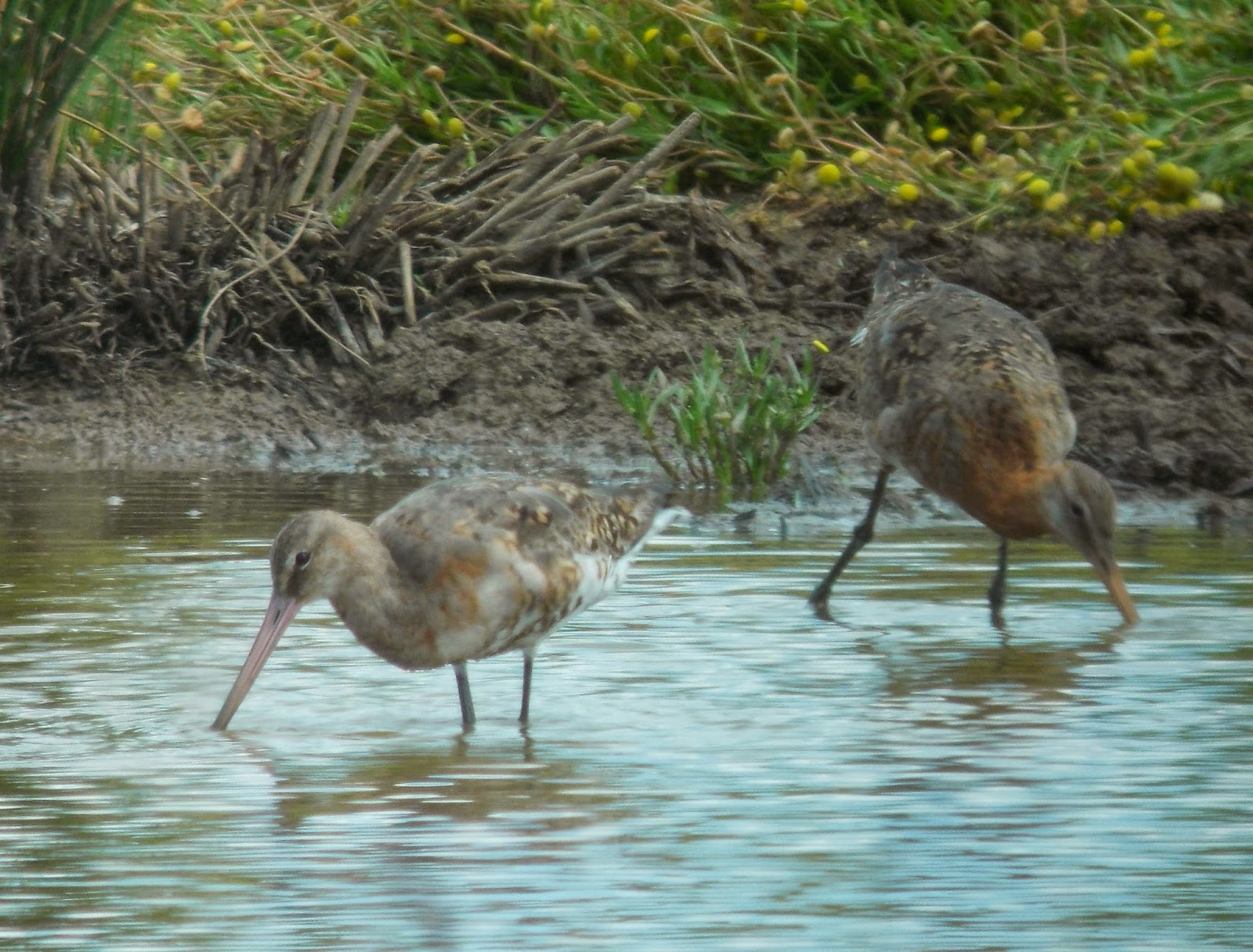 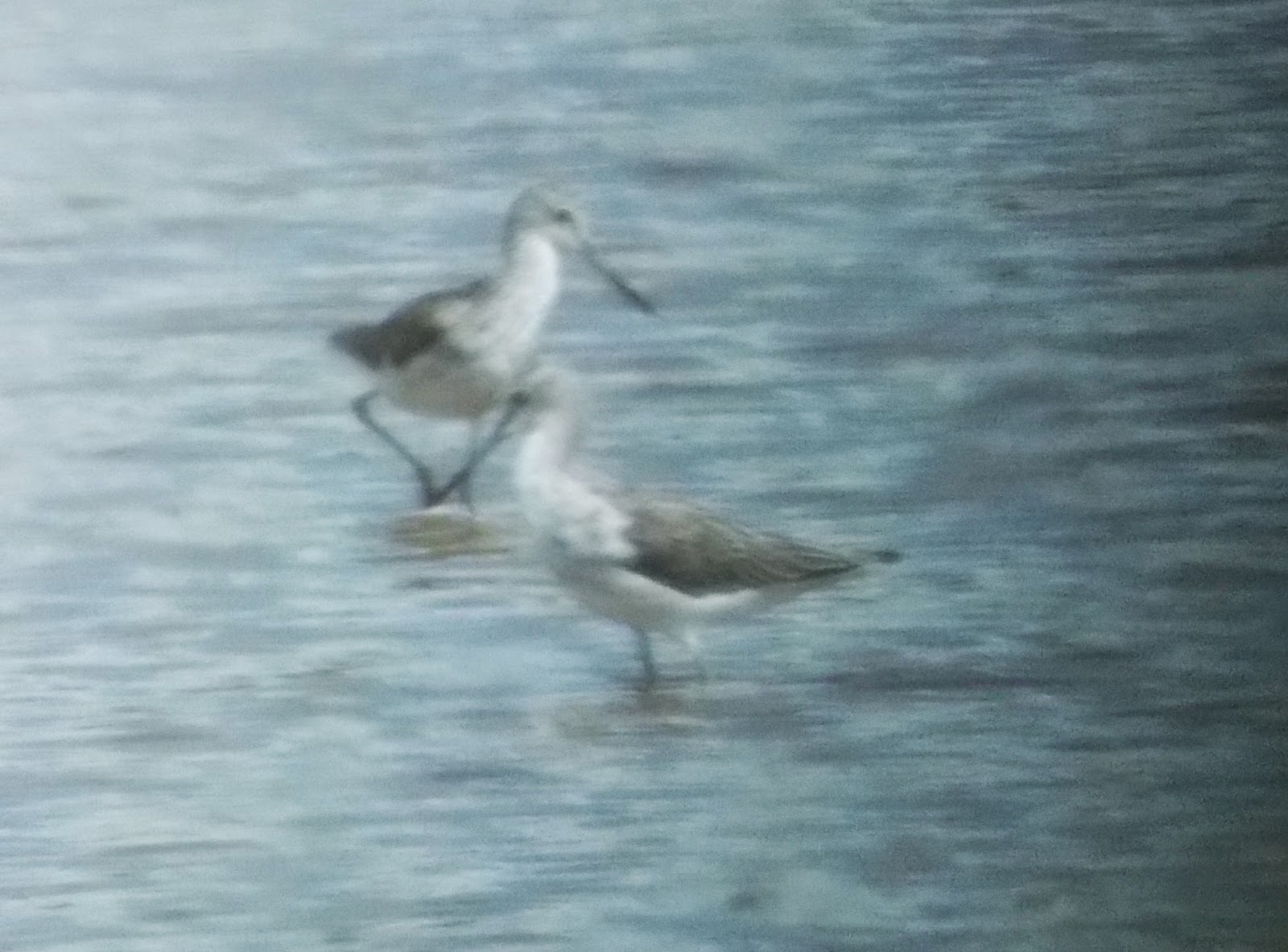 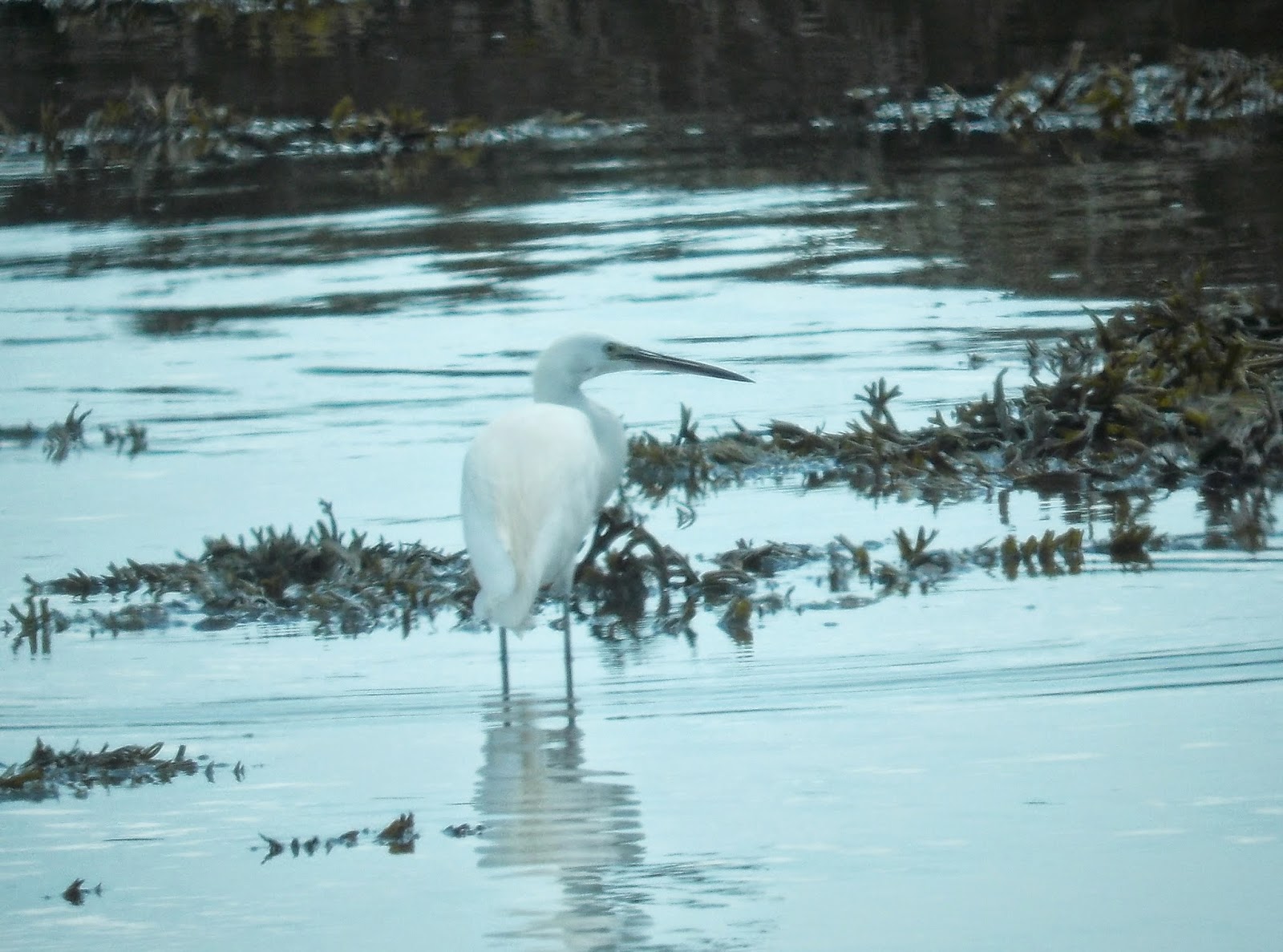 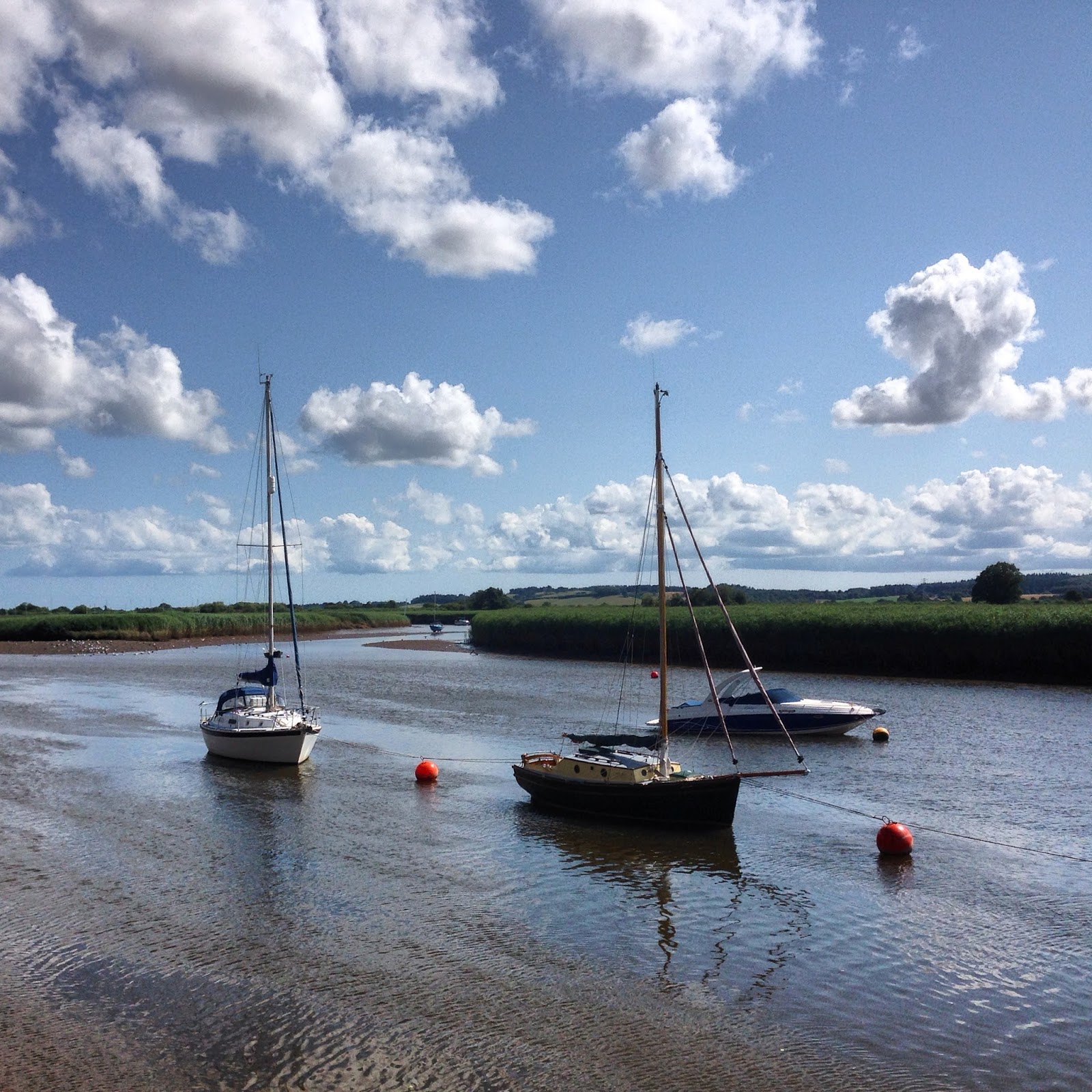 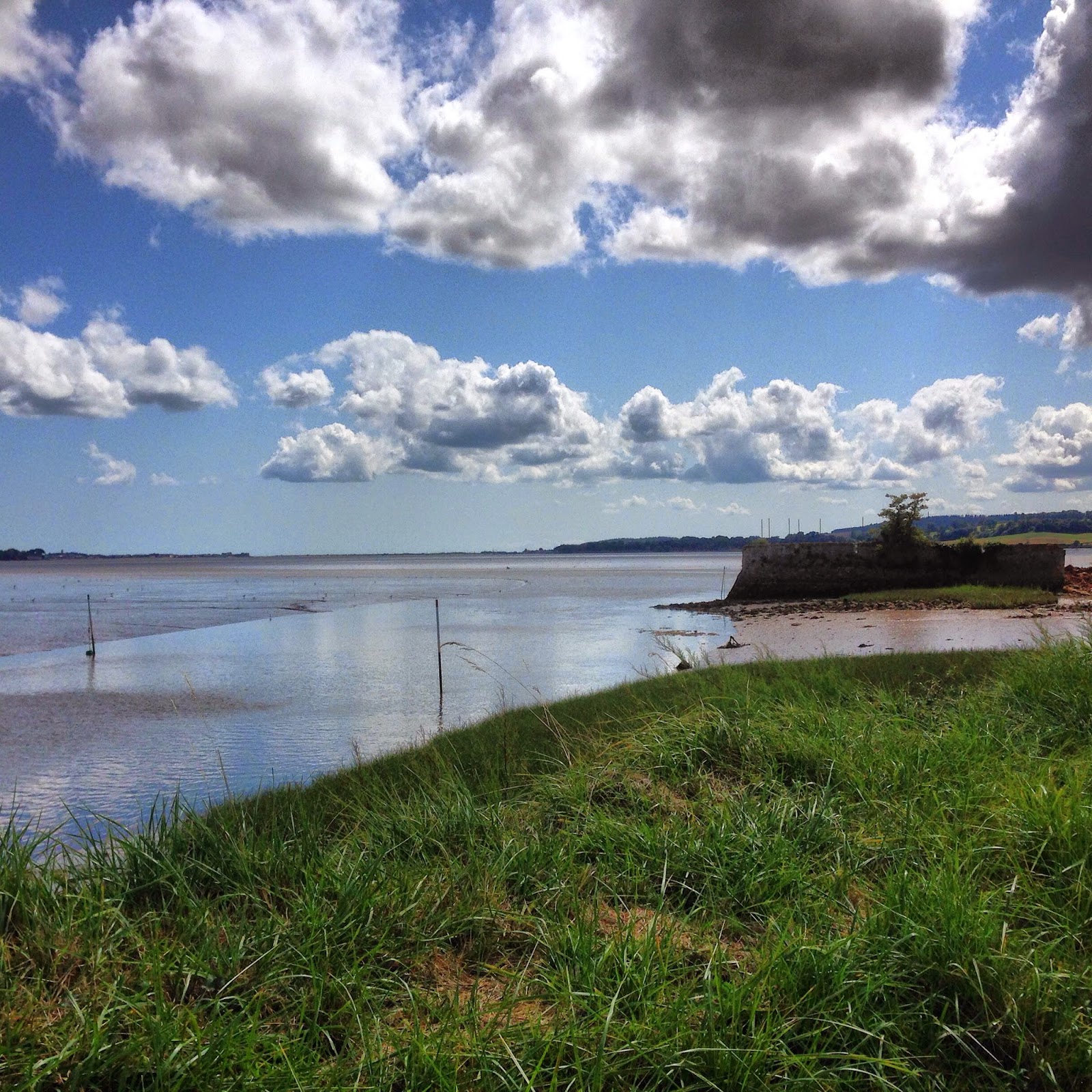 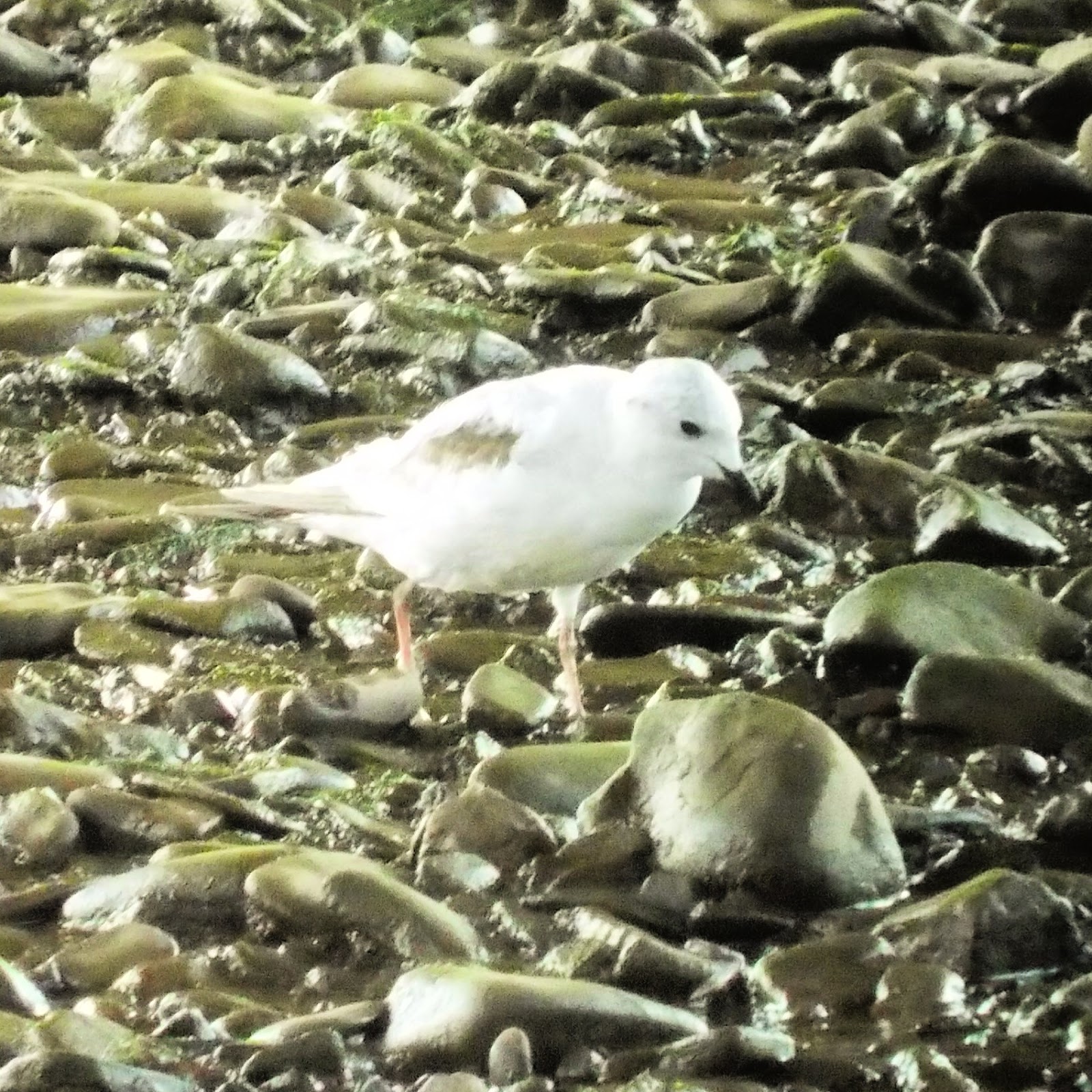 Ten days off work allowed me to grab a bit of birding time ahead of the youngest lads festival of cricket at Kings College, Taunton. I'd booked a pelagic sea cruise on the Sunday so I broke up the journey with a Devon stay over. This gave me chance to visit the excellent RSPB Bowling Green Marsh in Topsham.

I arrived a couple hours after high tide due to some serious M5 traffic but there were still large numbers of Black-Tailed Godwits and an endless number of Little Egrets. The reserves marsh was currently being replaced so viewing was limited so I headed down to the viewing platform that looked over the River Clyst. The estuary held good numbers of Greenshank, Whimbrel and Curlews.

I then headed round the strangely named "Goats path" to the mouth of the River Axe before scanning for the reported Ross's Gull. Without any luck I continued to work up river until I located the bird sat under the M5 bridge, a good 40 minute walk. This little gem was very similar to a Little Gull in size and was certainly well off course considering it should be in north America or the arctic. A lifer for me and a great start to the weekend.