End of March round up 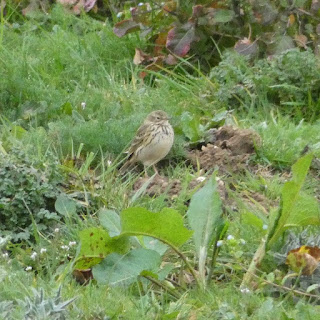 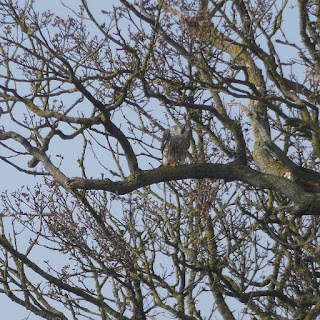 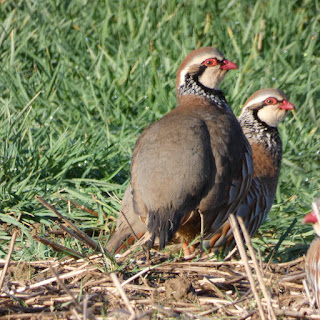 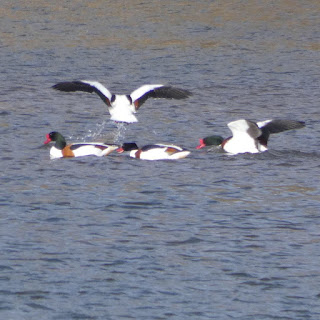 Spring certainly picked up a pace last weekend as I made four visits on consecutive days. The weekend before started well in our first Little Ringed Plovers arriving. It didn't take them long to become territorial.

On Saturday morning our first Sand Martin came through over the plantation heading from the west. The highlight of the morning for myself & Paul was two Curlew that flew in over the main pit before landing in the A46 flash. Curlews are now a rare visitor at the pits, with only one record last year. The birds fed in the flash but moved on over night.

Sunday was count day which gave us four year ticks which were a Swallow, Dunlin (on flash), a Rock Pipit which Jon picked up in flight & a Ringed Plover.

Mark found our first Wheatear on Monday which was great to see after work. An additional male was also found on Wednesday before both moved on overnight. Perhaps find of the weekend was Paul's seven male Brambling that landed together close to the main pit. 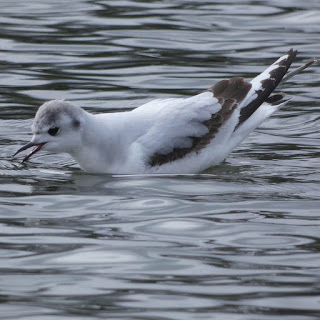 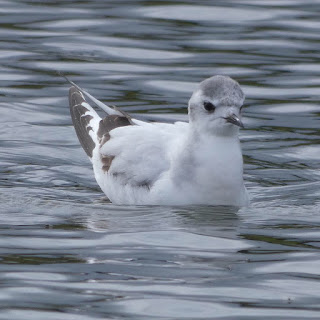 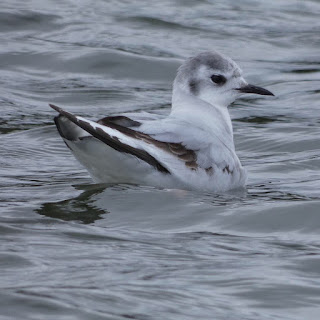 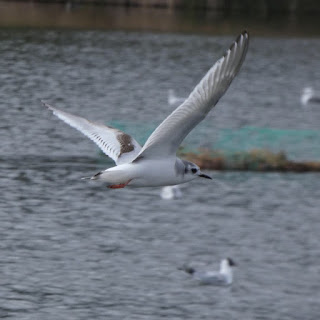 The new week brought a different start that came by the way of a first winter Little Gull. The bird was reported the previous day at Dartmouth Park close to West Bromwich. The benefit for me was this park is just four miles from work so the perfect excuse to leave the desk for a rare lunch break.

Parking by the high ropes course at Sandwell Valley, it was just a case of heading up the steps to the boating lake where the bird showed extremely well. The bird was as close as six feet at times enabling me to get some great footage before returning to work.
Posted by Neil Duggan at 00:11 No comments: 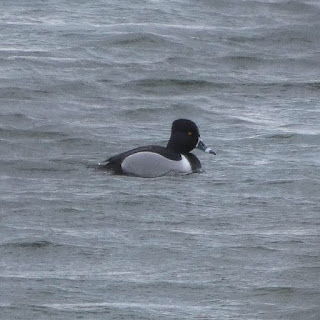 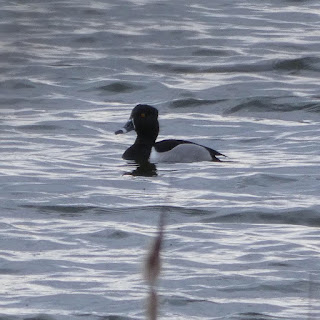 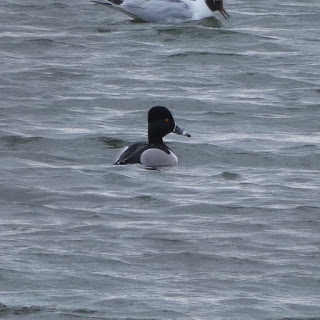 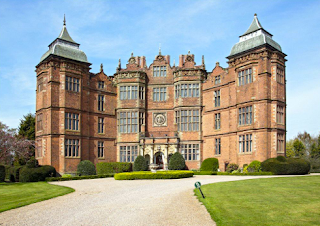 Fellow Salford Priors GP birder Mike Inskip made a super find this week at Westwood Pool in west Droitwich. It was a very smart drake Ring-necked Duck and he kindly shared the news and access had been given by Westwood Wayne. I made a sharp exit out of work to ensure I had plenty of time to see the bird.

It's a species I have thinking we have a genuine chance of getting locally with the prolonged westerly winds this winter.

Westwood Pool is reported to be 60 ha is part of Westwood Park in which the stately home of Westwood House stands.The house is a grade 1 building and is particularly stunning. In previous visits I've recorded Red-necked & Black-necked Grebe there. Speaking to Wayne on site, it was the 198th species recorded on the site.

Whilst on site I recorded my first Cetti Warbler of the year and there was also a singing Chiffchaff.
Posted by Neil Duggan at 00:10 No comments: 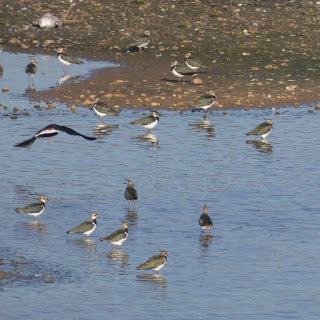 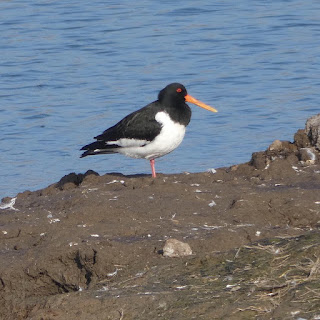 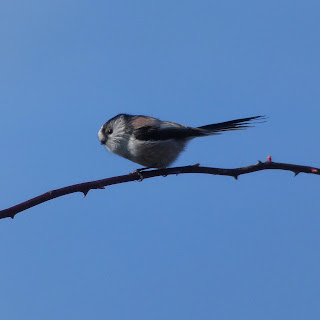 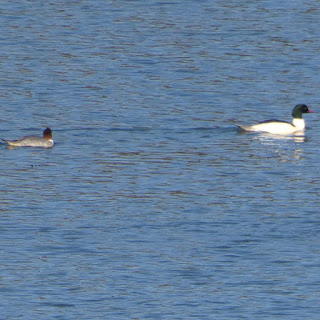 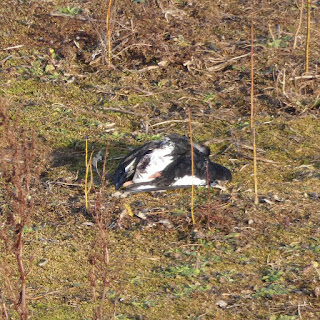 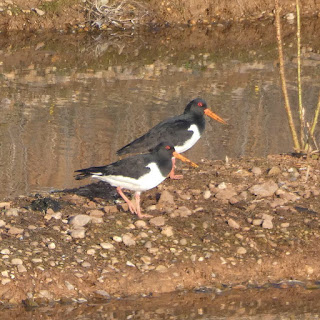 We have moved on to 87 species at the pits with three additions in the last fortnight which have included an adult Mediterranean Gull, a Red Kite & our first Chiffchaff.

We witnessed some very territorial behaviour from one of our pair of Oystercatchers. Whilst I witnessed aggressive behaviour many times but this was quite extraordinary so much so it led the death of one of the birds.

(This weekend 3 pairs of Oystercatcher were recorded at the pits for the first time on Sunday, 2 Chiffchaff were singing by the bottom lagoons and our first Water Rail was recorded in marsh area by the central lagoon) 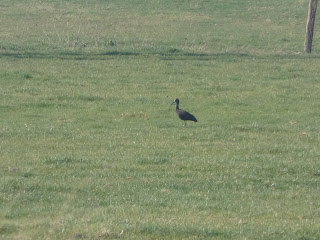 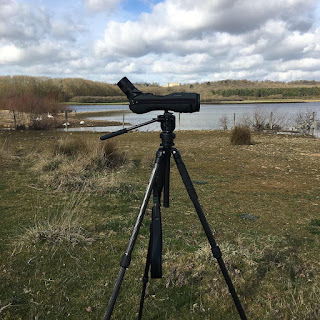 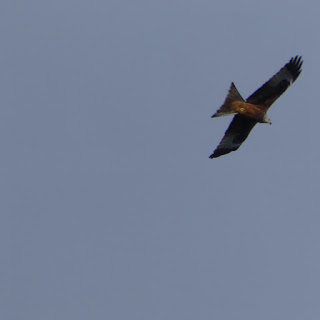 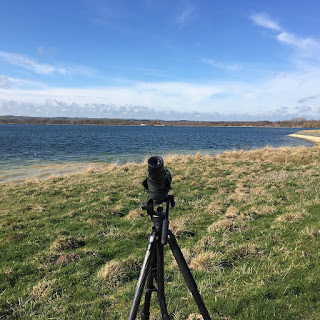 A couple of trips away from the pits over the last fortnight have included Ripple Pits & Rutland Water.

The views of the Ripple Pit Glossy Ibis were a little distant before it disappeared. It seems to be coming and going so lets hope its located again within the county border as these birds make interesting viewing at close quarters. There were large number of ducks on the south lake including Wigeon, Teal, Pintail and a single female Red-crested Pochard. Also recorded in the visit were 5 Oystercatcher, a Little Egret and a flock of Herring & Lesser Blacked Gulls.

This Saturday I called in at Rutland Water after attending a Sport Memorabilia auction in Leicester. Rutland is one of the most reliable places to see all the grebes species. I concentrated birding two areas, Old Hall & the North Arm. From Old Hall, I managed to find the Red-necked Grebe after a lot of scanning & six distant Scaup. Viewing the North Arm, one of my favourite places, included 3 Slavonian Grebes, 2 Black-necked Grebes, many Great Crested Grebe, Common Gulls, Goldeneye, two Scaup, & two Red Kite.