First signs of spring at the pits 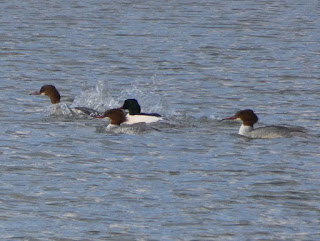 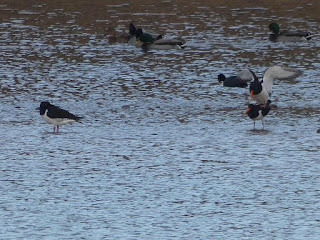 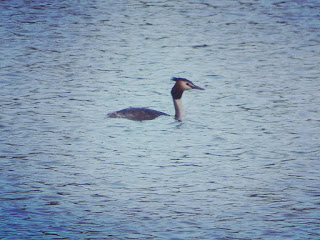 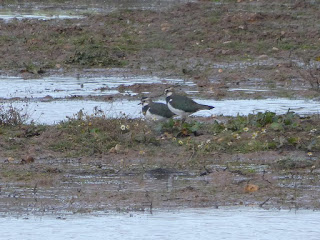 Lapwing on flash flood
Whist we haven't recorded any superstars at the pits the last couple of weeks has certainly given us more interest. 15 Goosander started February well whilst our first Oystercatcher returned on Monday 4th. Sunday 10th was a good morning with an adult Caspain & Greater Black-backed Gull both being recorded on the main pit. Our first Green Sandpiper was also noted on Pophills but there has been no sign since.

The gull roosts are very unpredictable with as many as 400 gulls there on one night whilst the following  night there can be none. A male Tawny Owl was picked up by Mark on one of these evenings.

I wrapped up the weekend by walking around the Wyre Forest with Mrs D where we had a fly past from a Lesser-Spotted Woodpecker, 5 Great Spotted Woodpecker, 2 Jay and Crossbills mostly in flight.
Posted by Neil Duggan at 09:22 No comments: 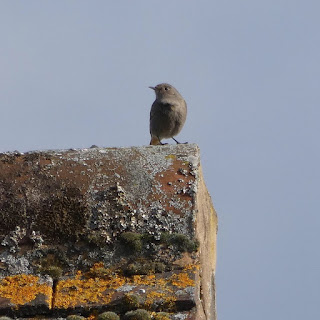 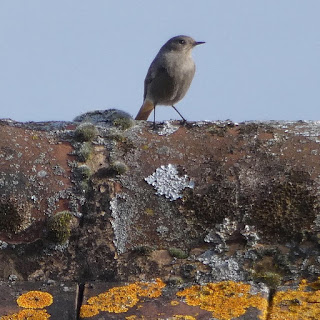 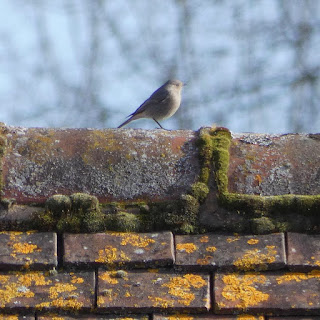 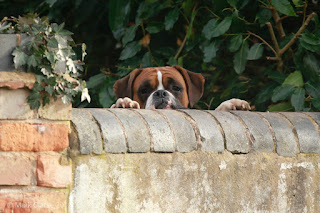 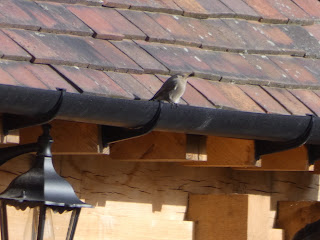 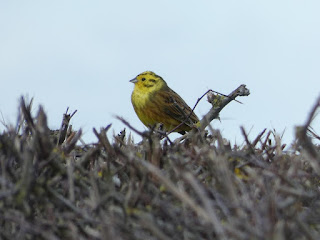 Chris Lane always finds us a goodie close to home during the winter months and this year is no exception. This week he found a female Black Redstart close to Studley Castle which is just a couple of miles from home.

This little stunner looks to have taken up a temporary residence at the nursery and can be seen around the polly tunnels and roof tops. Well worth calling in to see the bird if you are local.

The human residents are very friendly however the chap on the photo (captured by Mark) wasn't quite the same.

Also present around the Castle were a Grey & 2 Pied Wagtail, 12 Yellowhammer, 10 Siskin, 2 Greater Spotted Woodpecker & 2 Raven.
Posted by Neil Duggan at 09:22 No comments: 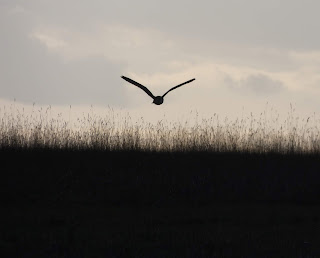 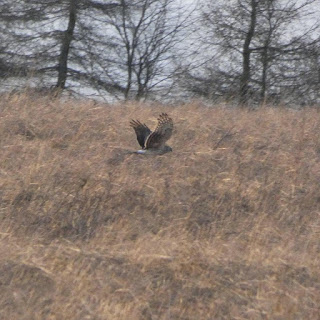 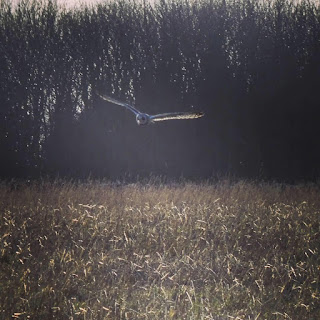 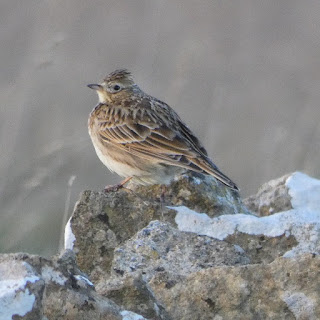 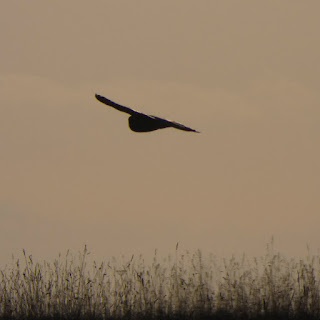 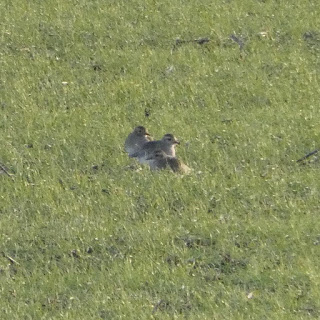 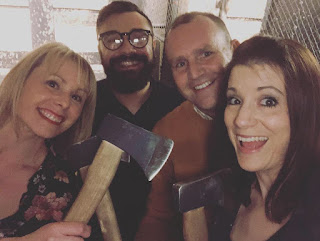 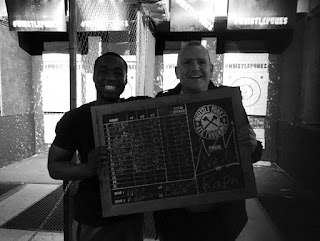 Championship winner (did not feel like it the next morning and then some) ! 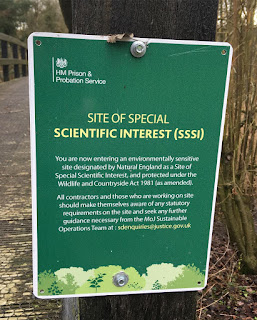 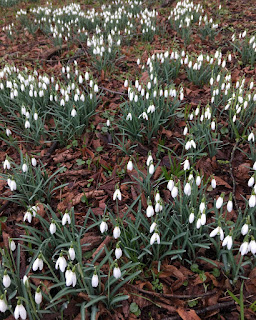 Last weekend I was recovering from a very random night out axe throwing in Birmingham on the Friday. I didn’t actually feel back to normal until Monday. I started off by doing my first Willow Tit survey at Hewell Grange Prison. As expected the return was zero but I did record a female Goosander, 4 Greater Spotted & a Green Woodpecker, a Great Crested Grebe, 2 Little Grebe, 9 Tufties, 2 Shoveler, 2 LBBG, 3 Grey Heron & 100 Canada Geese.

In the afternoon, the Squire and I, headed to north Cotswold for a bit of owling. The weekends weather had been bleak, wet and windy so I fancied our chances given the calm conditions. We were surprised not to see any Red Kites on our journey which was a shame but as soon as we parked up a Short-eared owl was hunting the field in front of us. No matter how many times as you see them, they are so stunning to watch as they swoop & dive to feed in the long grass. We recorded three Shorties in the air at the same time whilst a local informed us there were actually four in residence. Whilst we were counting the Shorties I picked up a ring-tailed Hen Harrier come straight across the field and then started quartering looking for a kill. Seeing a Hen Harrier at any time is a special moment and one that I personally cherish. To watch the Harrier in the air with the Shorties in the stunning light was certainly making the most of the day off. All we needed next was for the local Barn Owl to appear, and as if on cue, the owl appeared and showed beautifully for the next hour. After taking a short walk for a different angle a second ring tail swooped in from behind us, a much lighter bird, and hunted the field with the longer habitat in front of us. Additional sightings included Skylarks, Meadow Pipits, 6 Golden Plover & 2 Stonechat.
Posted by Neil Duggan at 09:19 No comments: 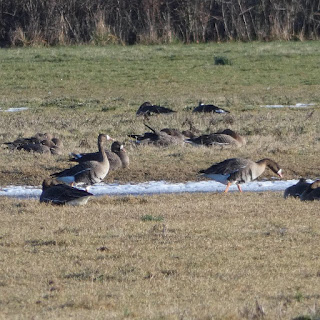 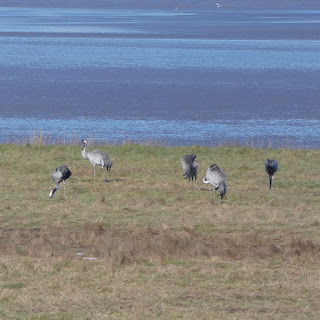 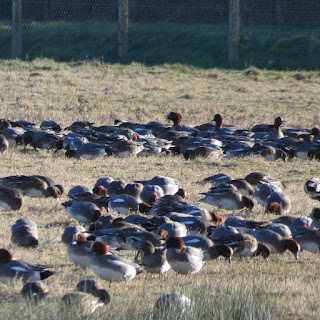 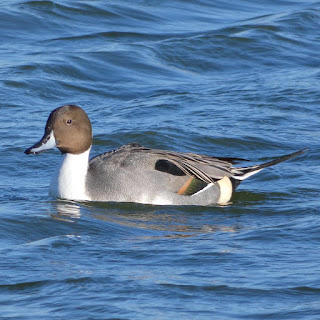 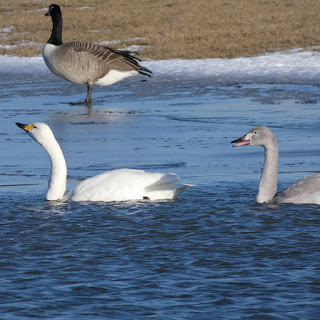 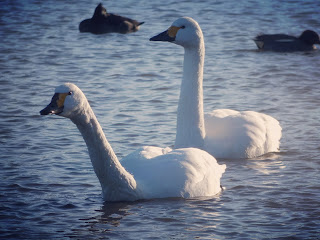 Been lacking a bit of inspiration like everyone else during these cold winter months. Knowing I’m slightly behind where I normally am I’ll do a few short blogs to catch up.

Slimbridge proved to be the usual stunning morning expected when going there. The early access via the members gate is a great way to make the most of the morning and you get to view the Rushy pen where large number of the Bewicks Swans and wildfowl roost over-night. As I edged towards the Holden Tower the birds started to leave the Rushy to land right in front of the other hides on the Tack Piece. No idea why but I love the White-fronted Geese and they were much closer than normal allowing for some spectacular scope views. The Pintails looked pristine and it was almost like they knew it.