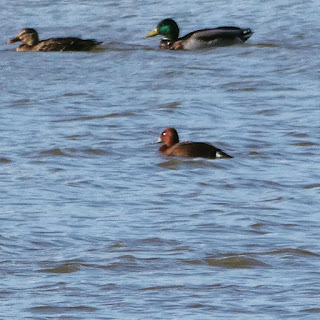 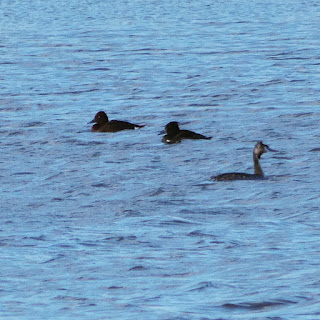 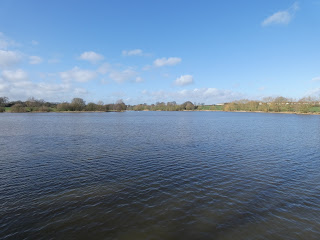 View from the causeway

After doing the WeBS count early at the pits I was still keen to make the most of Saturday with Storm Ciara due to hit the UK on Sunday.

Dave Hutton had reported the first winter Ferruginous Duck was back at Seeswood Pool and with it only being forty minutes from home it was worth a drive. I was expecting to see a few other birders but I had the causeway to myself. The striking looking duck was always with the Tufted Duck flock in the middle of the pool but the winter sunshine allowed me to get some reasonable footage.

I've not seen that many of this species so really nice to see this bird in near adult plumage.

If you are going to try and see this bird please be aware there is no parking other than on the patch past the pool if arriving from the south. The Pool is private and viewing is from the causeway only where a stunning Grey Wagtail was flying up and down. 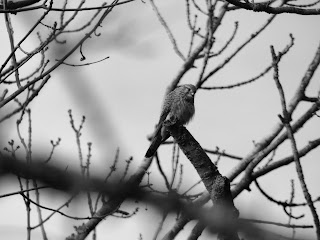 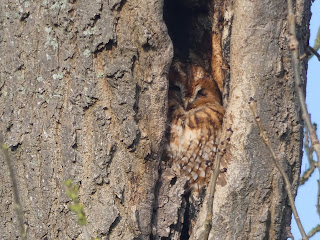 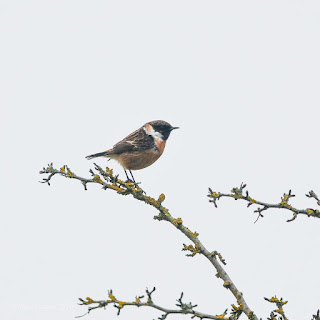 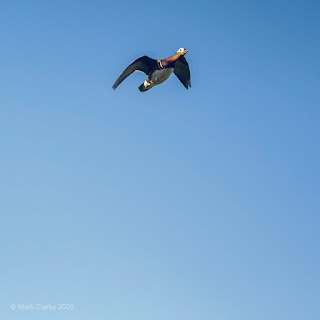 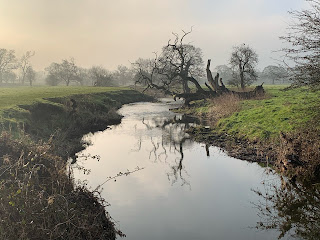 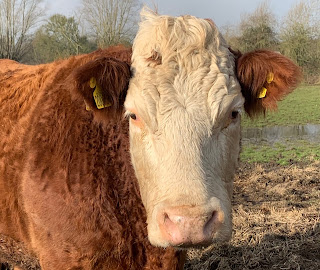 One of the locals 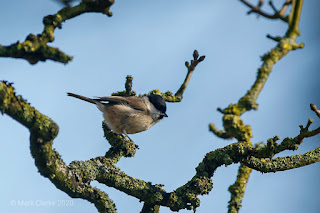 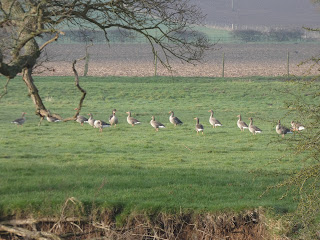 
Both Mark & myself have visited Studley a few times this week where we were rewarded with some useful additions to the site, year & patch lists.

The Tawny Owl was a fabulous find by Mark as we were both convinved this whole area would be good for Owls. Mark got a fantastic image of Marsh Tit & Stonechat midweek on his circuit.

On the edge of the sewage works there is a large flock of Pied Wagtails that I'm scanning closely. I can't remember actually seeing large flocks together on the previous days.

We are now up 70 species for this location this year which is amazing  and only a few behind the pits which has a large expanse of water. Most definitley an area to keep perservering with. On Friday I was there for over three hours and didn't see another person other than Mark who was parking by the church as I was about to leave.

Weekend round up in Forest of Dean & Pits 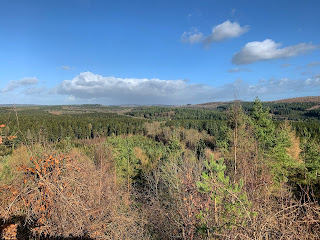 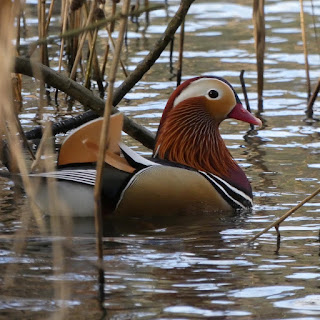 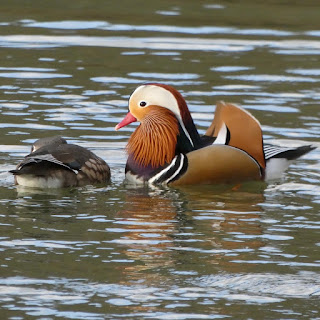 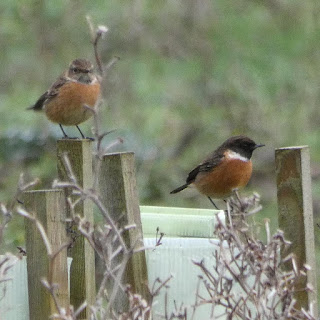 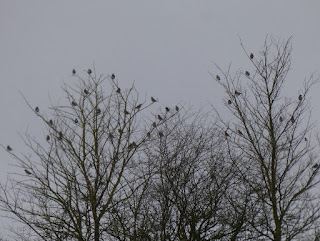 A few of Thrush flock at pits 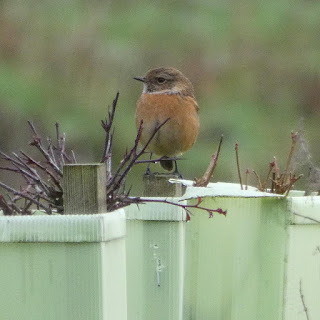 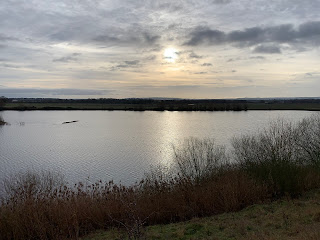 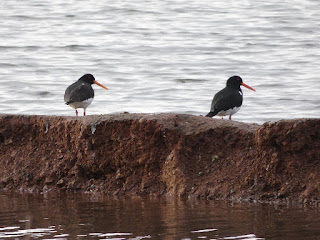 With the forecast slightly better than midweek suggested myself and Mrs D had an enjoyable morning around the Forest of Dean. Sightings were mixed but we enjoyed some good walking in a fantastic place.

Cannop Ponds was host to 14 Manadrin, mostly drakes, a Marsh Tit, a flyover Goshawk, 2 Cormorant, 22 Greylag and a Great Spotted Woodpecker. Parkend was very quiet with not a single Hawfinch about. There was very little seen where the photographers usually sit so perhaps feeding elsewhere.

We did note plenty of Chaffinch, Siskin, Sparrowhawk & Buzzards on our route but not a great deal else. The wind got up more each hour making it more difficult.

I really enjoyed the pits on Sunday morning where our pair of Oystercatchers had returned. I hope they can find some suitable area to nest with the high water levels. The only other birds on the island were two forlawn Lapwing. Whilst watching a Snipe on the Old Workings lagoon the two wintering Stonechat appearing which was pleasing. It seems they have relocated to the central lagoon. 260 Linnet were flying around providing a real winter sight. Other sightings included a Grey Heron, 4 Shoveler, 14 Cormorant, 4 Mute Swan, Buzzard, Pied Wagtail, Jay, 1 BHG, 4 Herring & 1 LBBG.

After lunch I made my second visit of the weekend to Studley Castle / Sewage works that I'm going to visit regulary during the year ahead. It offers a real range of habitats and is pleasurable to walk around unlike the pits. On this visit, I located a Cetti's Warbler in the reed bed which I was delighted with. This area is now being visited by Mark Clarke & Richard Harbird and I'll try and post sightings at regular intervals.