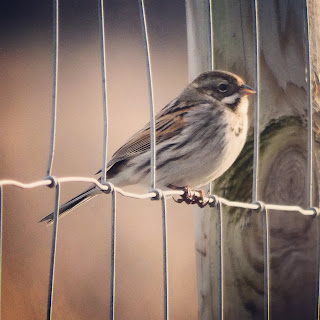 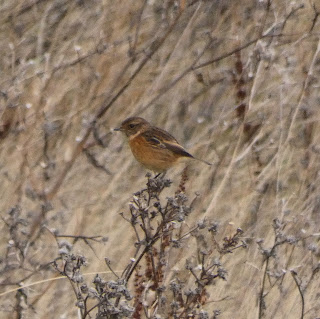 It was back to the patch on Sunday teaming up with Jon for the monthly WeBS count. Pophills was very quiet other than the regulars. The water levels continue at record levels and we keep hoping the deeper levels may attract a diving duck or even a diver. It's actually had an adverse effects as the Wigeon, Pintail & Teal have found new areas in the Avon Valley to feed.

The best bird of the morning was a Stonechat by Marsh Farm which looks to be over wintering with us. As we reached the far end of the pits a pair of Peregrines stormed the meadow causing mayhem. You could really see the size differences between the birds.

The best sighting of the morning was without doubt an Otter on the central lagoon. The rain was lashing down at this stage so we opted to watch it swim towards the reeds rather than try & get a photo. This was the first record on this side of the pits. Only previous records were on Pophills. 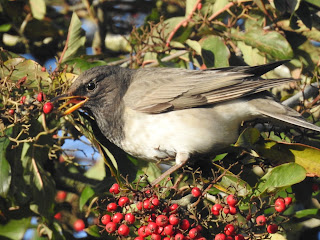 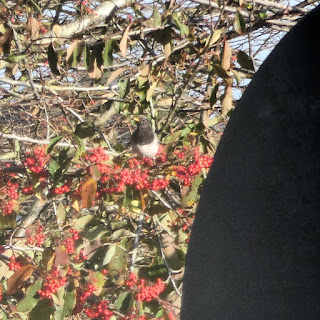 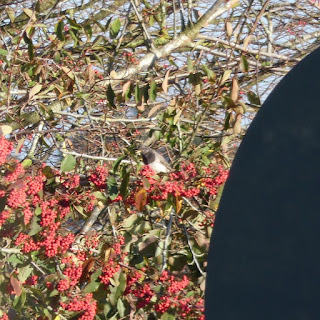 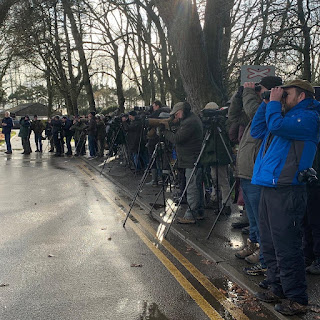 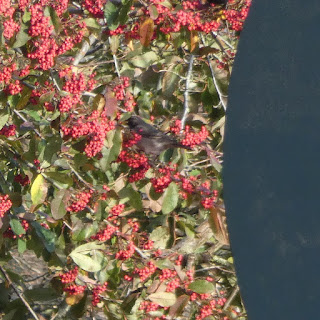 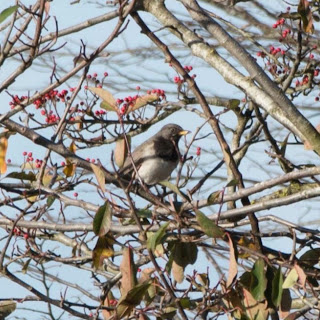 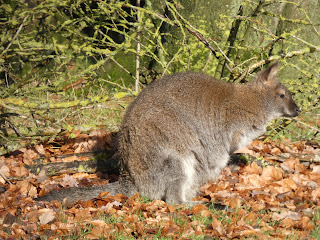 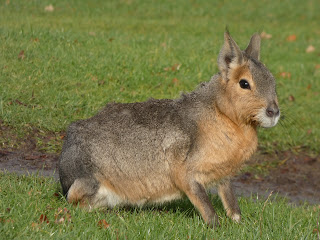 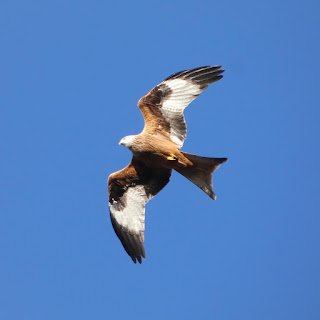 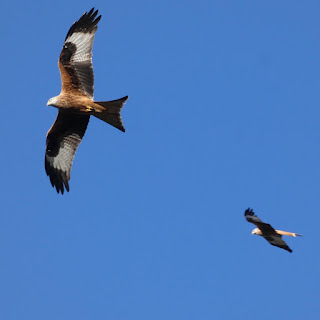 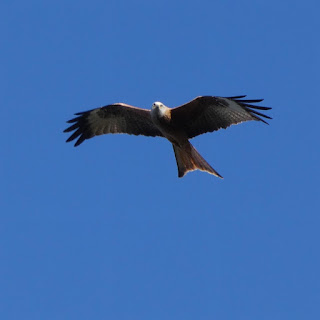 The species Black-throated Thrush holds some bed memories for me after dipping one twice in North Wales in very cold conditions and a very long way away. Drives home always appear longer when you carry the disappointment.

I didn't take much notice of a reported Black-throated Thrush reported at Whipsnade Zoo midweek as the locals were unsure whether it was a genuine report. Negative news followed the previous day yet on Friday amazing photos & multiple sightings were reported. With daylight against me on Friday I decided to make the unusual decision to go on Saturday without news and try and see the bird early as I knew as soon as news did emerge there would be alot of interest which could then push the bird out of sight.

The last hour of the jouney the rain got worse and I did think to myself what am I doing! However once parked up I was focused on task in hand. About twenty other birders had the same idea, all parting with the entrance fee before walking towards the favoured area around 600 yards away.

As soon as we walked around the corner the Thrush was there sitting in it's favoured tree. Much easier than expected. Despite the light being very poor and it raining it allowed some super close views but taking photos was impossible. The rain then picked up pace again making everyone take cover in the indoor soft play centre. As news hit the birdlines more and more birders arrived, it looked like a few tight arses waiting on the car park for news before parting with their cash.

There was the normal one photographer who was talking that loud about every foreign trip they had every been on made the time go even slower. The bird returned to that tree another once before flying slighter higher towards the elephant enclosure.

Most people stood staring at the tree but a few of the birders headed off in different directions. There was a sighting on the back car park but I stuck with following the Redwings. This proved fruitful as I picked the bird up by the miniture railway where it was feeding well on the berries, occasionally dropping on the ground to feed. In the scope it look seriously smart and definatley a contender for my bird of the year.

Black-throated Thrushes breed in eastern euorpe & siberian pine forests. This male bird was very distinctive with solid black from it's neck to it's breast with a greyish black tail. The bird was fantastic to observe in flight.

After two hours of watching the bird on and off I decided to head for home to make the most of the day and be ready for the double header of watching Southampton lose on the TV & of course the Strictly Final.

Heading through a village about 45 mins from the Zoo I picked up a flock of Red Kites so I diverted and parked up. It looked like they were being fed from a garden, there was up to 50 Kites  all in the air together swooping down to feed.

An excellent day especially to record a lifer in December it was a genuine Christmas bonus.
Posted by Neil Duggan at 11:26 No comments: 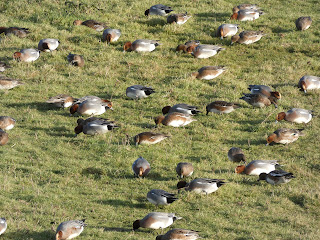 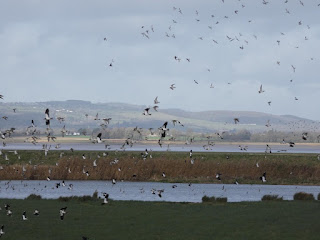 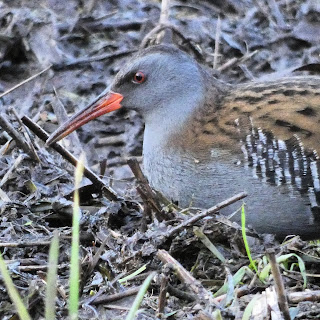 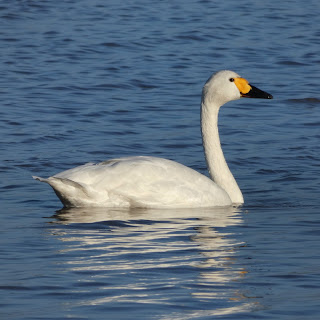 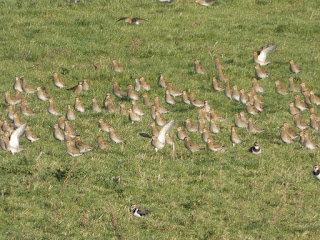 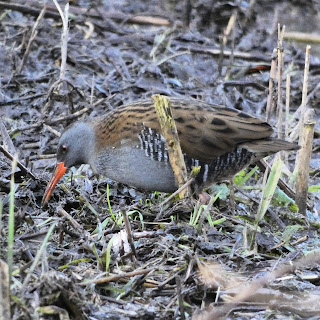 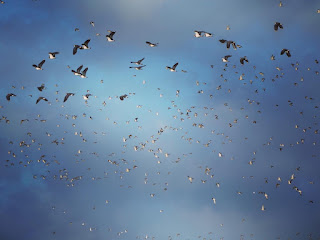 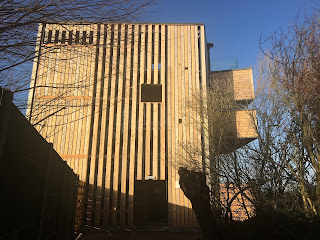 I had a very pleasant morning at Slimbridge on Sunday. Clear traffic both ways and a bit of sunshine, just what the doctor ordered. But most of all thousands of birds to see at every angle.
The new Holden Tower was brilliant offering outdoor views behind glass from the top floor and inside views with fantastic easy to open windows a floor down offering similar views but also over the Tack Piece.
Six Pink-footed Geese were perhaps the only unexpected sighting but were only visible at very long range whilst the rest of birds noted were as you would expect.
Posted by Neil Duggan at 08:18 No comments:

Email ThisBlogThis!Share to TwitterShare to FacebookShare to Pinterest
Labels: Slimbridge 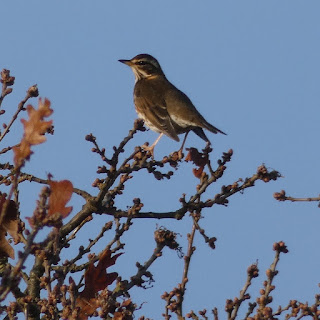 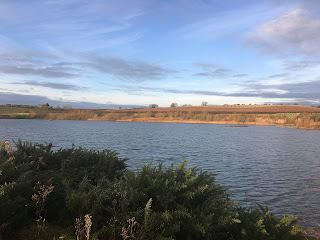 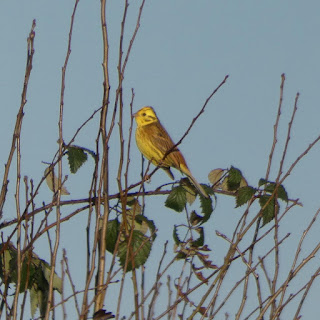 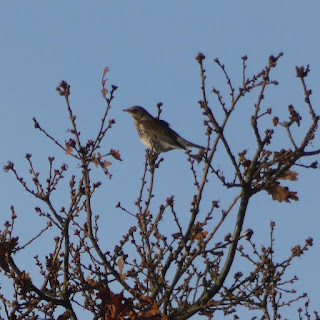 Fieldfare
There is still very little to blog about at the pits I'm afraid. The water levels have receded some what but it's still very wet. Only one of our normal islands is visible. We are hoping the deeper water on the main pit and Pophills might attract a diver or duck to get excited about.
What you can enjoy at the moment is the abundance of winter thrushes, you can't miss them there are that many especially around the orchards where they are feeding on the fallen autumn fruit.
Other highlights from the weekend were 2 Wigeon, 4 Lapwing, 5 Gadwall, 35 Greylag, 20 Canada, 4 Herring & 1 LBBG, 4 Buzzard, 2 Pied Wagtail, 1 Water Rail, 1 Pochard (Pophills), 15 Yellowhammer & 2 Shoveler at Kingley.
﻿
Posted by Neil Duggan at 08:16 No comments: