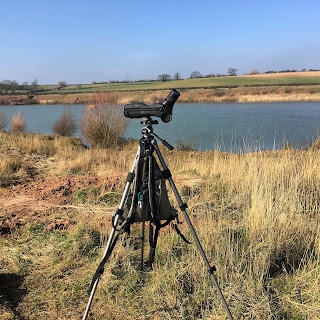 Searching in vain at the pits 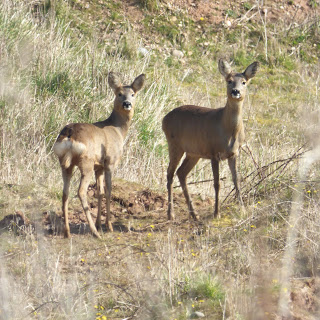 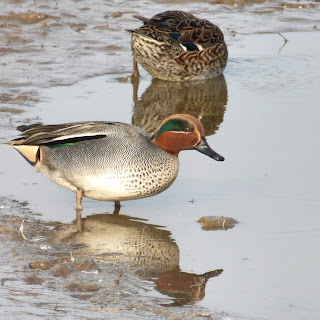 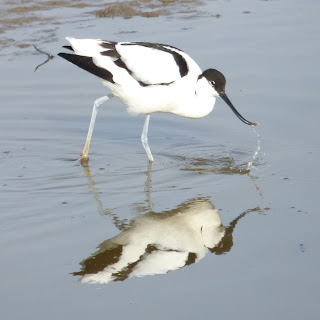 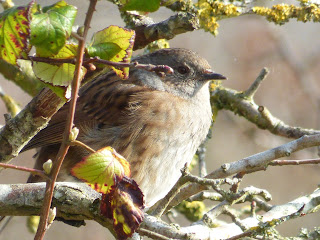 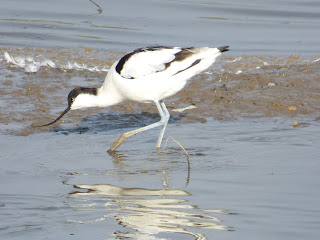 Two patch visits to Salford Priors resulted in very poor return this weekend. Whilst the skies were clear there was still a cold biting wind. Scanning high I could see some movement but nothing I could pick out other than Buzzards. The Midlands had suffered flooding midweek which resulted in water levels rising. Chris Lane found a Little Egret on the field flash near Broom on Thursday.

I recorded 55 species during Sundays visit which highlights included 4 Green Sandpipers, 2 Oystercatcher,  2 Shelduck, 11 Gadwall, 39 Teal,10 Shoveler and 3 Teal. The Skylarks were in singing over their territories whilst both Chiffchaffs recorded were wintering ones. Ann & Noel had seen and heard a Curlew during their visit which was the first record of the year.

After returning home for a quick lunch I headed over to Upton Warren to see the returning Avocets. Six were showing well. Over 20 had been recorded this year and they are always great to watch as they sweep the water for insects. My third Grey Wagtail fed in the channels to the right of the hide.
Posted by Neil Duggan at 12:38 No comments: 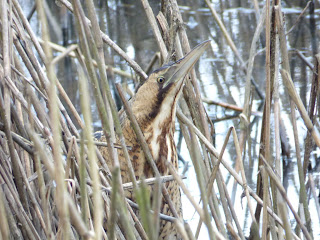 After the normal morning at Salford Priors the wife and I headed over to Ladywalk Nature Reserve hoping to see one of the resident Bitterns. On our walk down to the new gated entrance four regulars were watching the Siberian Chiffchaff keeping the company of three regular Chiffchaff.

The wife had never seen a Bittern before and despite my pessimism the Bittern appeared on the left edge of the channel and seemed to be almost watching us. The photograph taken was about the best view we got of the bird in the open before we watched the bird feeding in the reeds.

As we walked around towards the Bittern hide a Short-eared Owl flew east on the opposite side of the river. The views were brief however it was another first for me at Ladywalk. As we continued on our circular walk we observed up to 9 Gossander, Gadwall, Teal and Tufted Duck on the river.

Frost bite was then taking hold so we headed back to the car when the heater was on full blasting at our feet as we joined the M42.