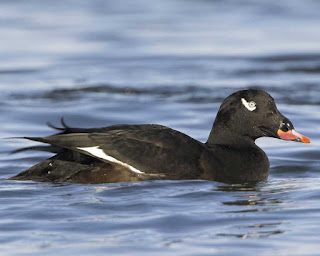 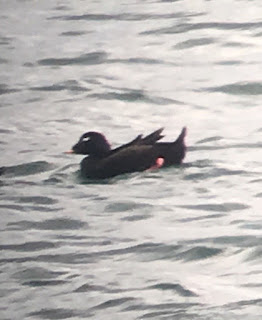 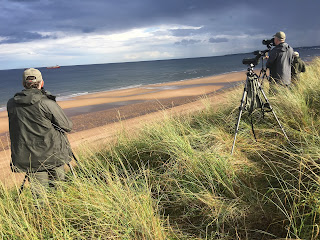 A view of many thousand ducks 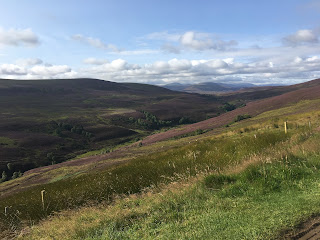 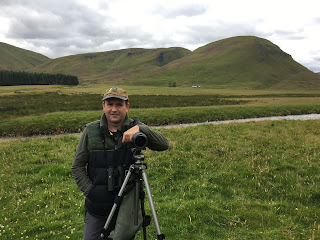 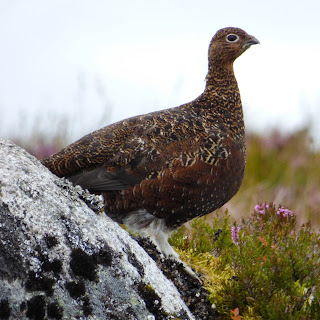 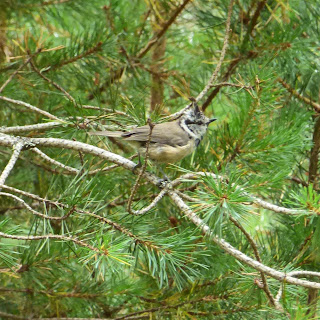 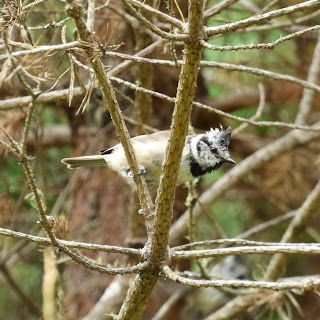 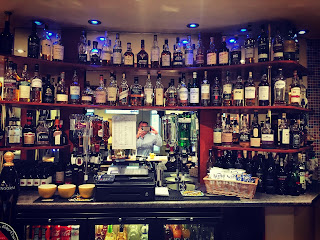 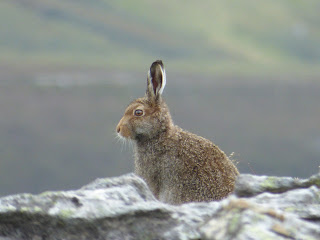 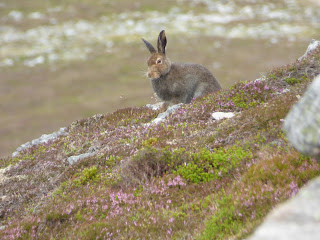 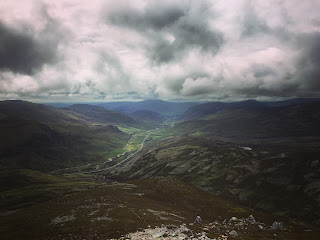 View from the top of Glenshee 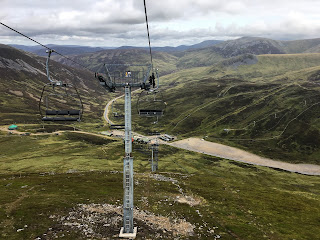 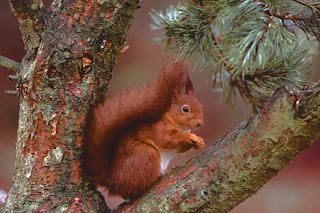 Red Squirrel
No blog for a few weeks as there is only so times you can write about Green & Common Sandpipers. on top of this I've has large project finishing involving me working all the previous weekend.

This weekend however was very different as I took up the chance to team up with the Captain for a weekend of birding north of the birder. The plan would be to try and find the White-winged Scoter for a day then move into the Highlands whether we had seen the Scoter or not.

Leaving home at 3am we landed just before midday with the weather looking stunning & sea flat we were hopeful rather than confident. We came across another five birders who has been looking since first light with no avail. What we under estimated was quite the huge amount of ducks that would be in the bay. There were thousands & thousands of Common Scoter, Eider & Velvet Scoter & the bonus of two Surf Scoter. The views were just fantastic but there were so many to search through. It was painstaking but we stuck to our task well. We took a break around 4pm as we were hit horizontal rain giving us a real Scottish drenching. After a quick break we took up our positions again teaming up with three London based birders. One of those birders had a brilliant x100 telescope which he used to great effect to find the American Scoter, then kindly giving us all a view before we located it ourselves. The crescent eye was the most distinct feature & the extra knob on the beak the other. The bird showed well twice for about 4/5 minutes each time. The relief was ecstatic. Our twitter tips from Cliff & Steve were right in terms of approximate line & how it associated with Velvets rather than the Commons. Red-throated Diver was added to the day list along with a passing dark morph Arctic Skua & Bronxie.

Next morning we headed east into I what deem the real Highlands, rolling hills and amazing views. Our targets of the day were agreed to be Crested Tit & Golden Eagle. Some close up views of Red Grouse (Raven & Red Kite over) broke up the journey until we reached a spot the Captain had seen Goldies on previous visits. Just as we were munching our mid morning stack I picked a White-tailed Eagle flying east, spitting crumbs everywhere we got great scope views & then the bird past again going the direction it started from about twenty minutes later. No Goldies so we headed towards Nethy Bridge.

At a quiet corner of the forest I picked up a single Crested Tit, buoyed we held our position and waited & with some patience two Crested Tit going through mouth landed very close by allowing us to see the birds at close quarters. Now this was going well, time for Findhorn Valley. We picked up some lunch on route & set up at our favoured spot. It's a place sometimes you are scratching your head with nothing happening which nothing did bar a couple of routine Buzzards. As I was watching a pair of Oystercatchers on the river the Captain picked up a pair of Golden Eagles above one of the ridges circling high on the thermals. To find this pair within a hour was very satisfying giving us change to add an extra site to the day. To get there we took the famous Farr road, very few passing places & single track for seven miles. Once over the road we were quickly parked at Loch Ruthven where we added Slavonian Grebe to our trip list. A great finish to an epic day.

A wonderful meal was served by the team at Grant Arms Hotel including Haggis which was followed by a number of the local whiskeys.

With a big journey home a tight schedule would be needed so we were out before breakfast where we accidentally flushed a roosting Capercaille whilst watching two Spotted Flycatchers & the cheeky Red Squirels. Not bad before breakfast.

Our route back would take in Glenshee where do took the ski lift to try & find any Ptarmigan. However a local shoot had taken place on Saturday & the birds had moved to a different location. We had to satisfy ourselves with some Mountain Hares which was a first for myself.

A brilliant action packed three days ! Thankfully our tactics of waiting for new of the Portland Yellow Warbler paid dividends as it wasn't seen all day.
Posted by Neil Duggan at 07:58 No comments: