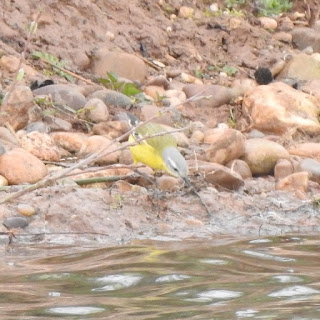 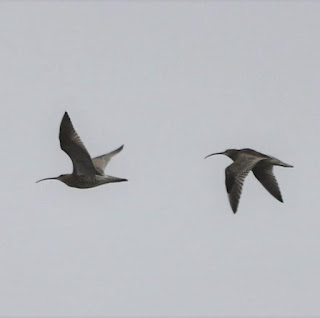 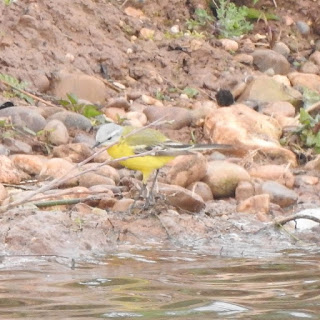 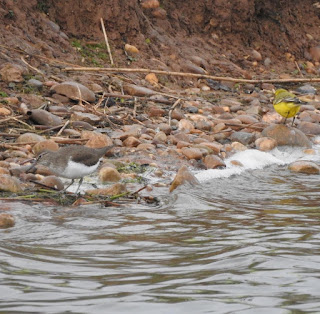 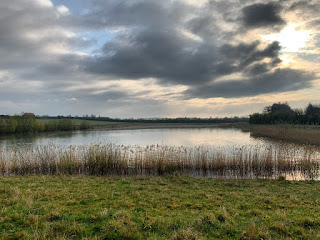 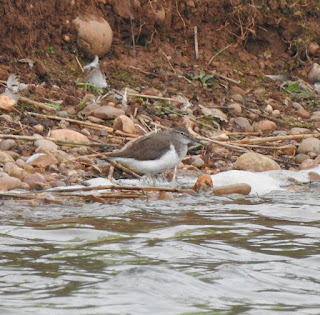 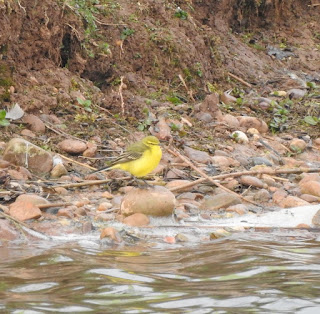 Yellow Wagtail
Quite an interesting week at the pits despite the weather being far from ideal with a northerly wind blowing. There have been four new species observed which are House Martin, Yellow Wagtail, Curlew & Common Sandpiper.

Curlews have been very difficult to observe due to the change of habitat so it was a treat that Rob, Dennis & Marion all got a midweek sighting. House Martin numbers are still low but there are good numbers of Sand Martin & Swallow now coming through.

On Sunday I teamed up with Jon for a regular morning circuit. It was a very cold morning but we were quite hopeful. A Blackcap burst into song as we left the cars which was a promising start but in all honesty it was very quiet. The old workings had a female Wheatear & there was the first of our five LRP we recorded.  The white/albino Reed Bunting was in the reeds in the south lagoons & there were more Blackcaps.

The action didn't pick up until we got back to the main pit where the newly arrived Common Sandpiper was on the south edge feeding with four Yellow Wagtails. On closer inspection one of Wagtails was a Channel wagtail. Views were restricted as it was right of a willow but I tried to get a couple of record shots. The birds flew towards the northern end but we couldn't find the Channel Wagtail again.

In northern France, there is an 'intergrade zone' where Blue-headed and Yellow Wagtails regularly interbreed. The offspring of such pairings are variable in appearance, but many individuals show a head pattern that resembles a washed-out Blue-headed, with a paler powder-blue head and often more extensive white in the supercilium, ear-coverts and throat. These intergrades are colloquially known as 'Channel Wagtail'. They are the commonest form of Blue-headed to occur in many northern areas of Britain. (BirdGuides)

This puts the site list on to a 97 species for the year.