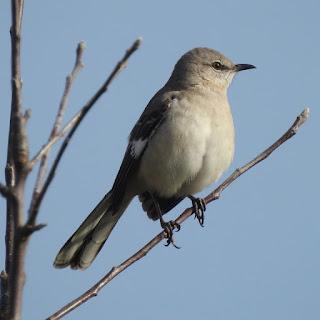 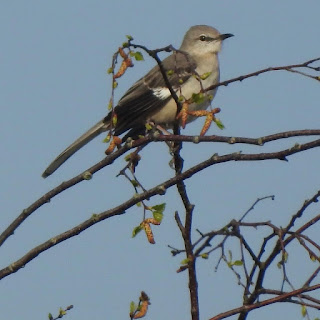 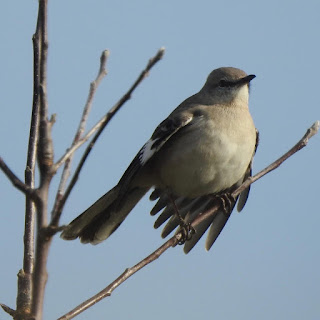 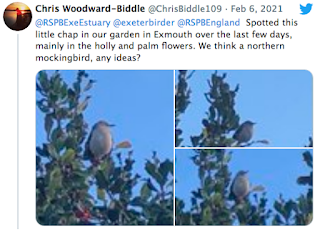 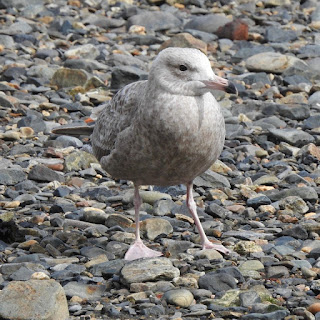 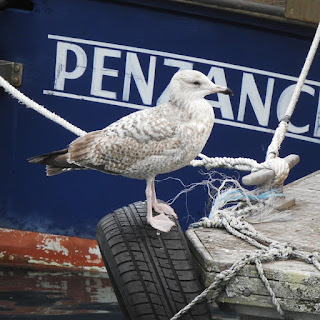 Hoping for a cheap lunch 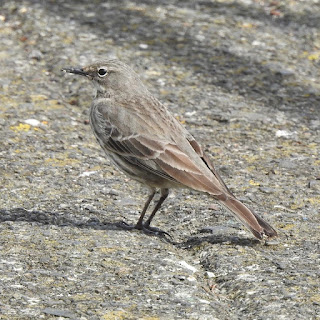 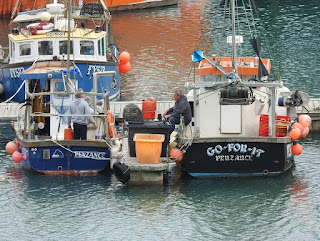 The beast in the harbour 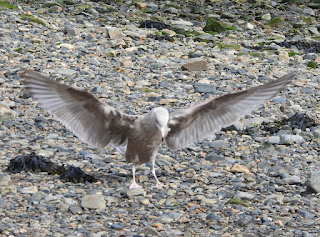 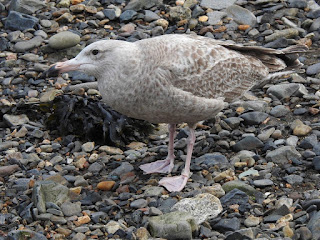 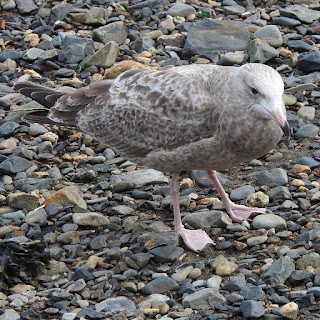 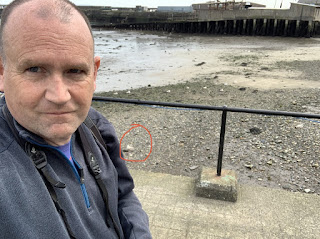 AHG circled
YouTube video
The third lock-down seemed by far the longest & frustratingly we all had to stay local but it could have been far worse. It certainly didn’t help when the news broke that a Northern Mockingbird had been found in Exmouth on 6th February. (apparently first seen on 23rd January). It is well known that quite a number of birders twitched the bird from far afield but I was just not comfortable with that approach, I would have to wait until the restrictions were lifted. Every day I would see the bird appear on BirdGuides hoping it would have an extended stay.

I duly hatched a plan to book a day off and try and see the bird after the initial post-lockdown rush. Being in a residential area, I wasn’t keen to be involved in any fuss. I just wanted to see the bird safely and without any privacy issues.

The Mockingbird was the 3rd record for the UK and the first since 1988. Let's not underestimate this was a must see bird. The journey down was trouble free and parking was very easy. There was only ever a maximum of eight birders on site at any one time all viewing safely and distanced. The bird came into view quickly in it's favoured holly tree before then flying around a number of different gardens. The white feathering looked stunning when the bird was preening and in flight. After getting a satisfactory view I duly departed as I'd decided Cornwall would be my next destination for a chance to see my second American bird of the day.

Traffic was light so the journey to Newlyn Harbour was very smooth. I could actually see the American Herring Gull from the roadside. The Gull seemed comfortable and was no doubt wondering why he was getting the attention from half a dozen birders. This first winter individual had been present since 23rd March and had been a species which I'd never had the opportunity to see before.

On the journey home I stopped at a couple of different locations to break the journey up highlights included Purple Sandpiper, Dunlin, Ring-necked Duck, Scaup & a juvenile Iceland Gull.