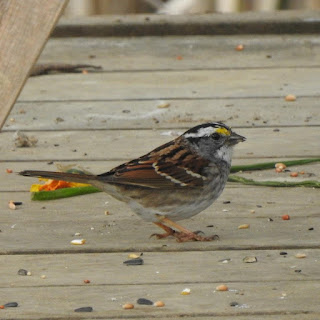 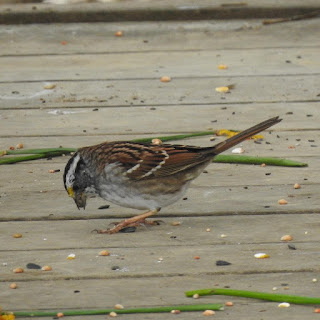 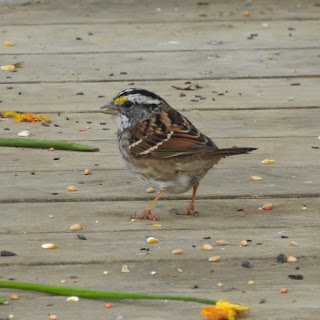 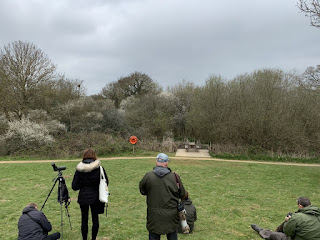 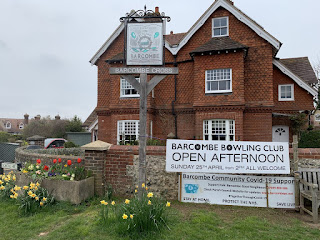 After a very difficult week at work I was intrigued that a White-throated Sparrow was reported again in East Sussex. This bird was reported during the lock-down period at an undisclosed site so I'd presumed it was going to be one that had come & gone, there will always be another. Clicking on Twitter on Friday evening this North American Sparrow was showing well on an area of deck near some allotments in the village of Barcombe Cross.

There was early positive news on Saturday so it was full steam ahead with the plan. The journey was very smooth however it was good to dodge a two lane closure on the M40. Safetly parked up in the village, the walk was only five minutes across the recreation grounds cricket pitch to the allotments. There was around a dozen birders present waiting for this mega yankee.

We stood socially distanced on a slope looking down towards a picnic table where the bird had been seen a regular intervals. The locals had put some seed down in this area hoping the draw the bird to feed. As we waited for the star attraction a Cuckoo starting calling whilst a Great Spotted Woodpecker was drumming.

After thirty minutes a very distintive & beautiful head appeared poking over a bracken pile to the right of the decking. Then this stunning individual jumped onto the decking to give some fantastic views. The bird showed fantastically well skipping around taking advantage of the seed. The pattern of the feathers of the birds back & wing were just stunning. We got two sessions of seeing the bird, with the first one being much the better before we headed home.